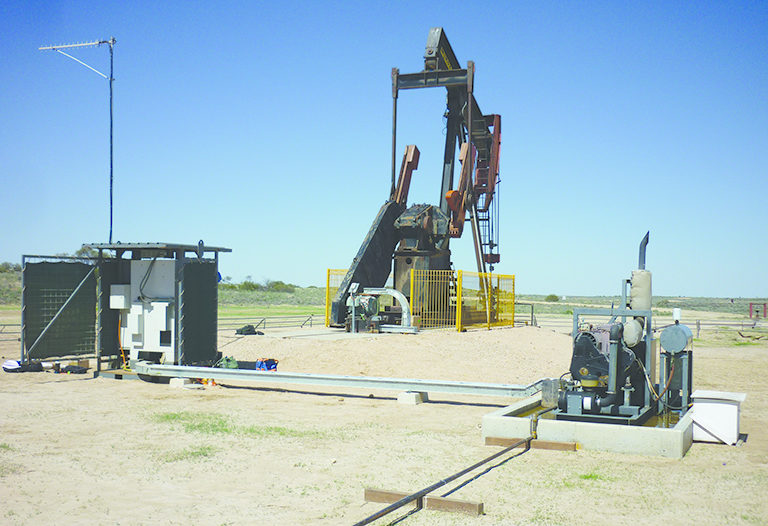 Photo courtesy of Santos.
Since installing variable speed drives on its oil wells in the Cooper Basin, Australian operating company Santos has reduced the failure rate of its artificial lift fleet and increased overall production as a result of less frequent downtime.

Case studies from around the world prove that big rewards await companies that optimize the artificial lift systems keeping their mature fields alive. The success stories involve a mix of monitoring, automation, and performance tracking. Through upfront sacrifices of time and money, companies that have taken the initiative are now enjoying the benefits of better production and reduced operation costs.

For Australian production company Santos, the off-the-shelf technologies it adopted for mature fields went from “nice to have” to “must have” after its operating costs on more than 200 wells were dramatically reduced. Such improvements are even more important amid today’s low oil prices.

“Your dollars per barrel is only going one direction right now, so we need to be smart about it,” said Blair Gardner, a production optimization engineer at Santos, who led the effort to automate his company’s lift systems.

On a grander scale, the world’s largest supermajor, ExxonMobil, overhauled its artificial lift operations on approximately 1,000 oil wells in Africa with monitoring and automation systems and gained 10,000 B/D in added production.

An intelligent drilling optimization application performs as an adaptive autodriller. In the Marcellus Shale, ROP improved 61% and 39% and drilling performance, measured as hours on bottom, improved 25%.