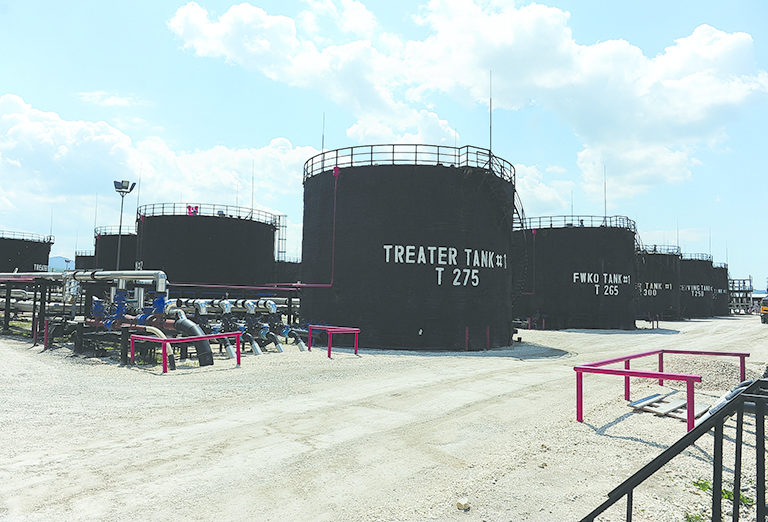 Photo courtesy of Banker’s Petroleum.
Banker’s Petroleum, the largest exploration and production company in Albania, has deployed Canadian-born engineers and technology to make the country a relevant producer of European oil once again.

Europe’s largest onshore oil field, the Patos-Marinza in southern Albania, has been given a new lease on life after seeing production soar from 600 B/D just over a decade ago to more than 20,000 B/D this year. The field’s sole operator, Canadian-based Banker’s Petroleum, set up shop in the country in 2004 and has also more than doubled the estimated reserves from 98 million BOE to 220 million BOE. The Patos-Marinza, which holds an estimated 5 billion bbl of oil in place, has undergone a transformation from a heavily polluted oil field with outdated technology to one that exemplifies modern operations and environmental practices.

Chris Thompson, a production engineering manager at Banker’s, said the company has deployed a number of strategies to achieve its production goals. They include the wholesale replacement of existing artificial lift systems, infill drilling with horizontal wells, and the recent initiation of enhanced oil recovery (EOR) pilot programs using polymer and waterflooding. “With the way the field is set up, there seems to be unlimited opportunities,” Thompson said.

From the onset, Banker’s strategy has centered on introducing Albania to heavy oil engineering expertise and modern technologies from Alberta, Canada. Though similar in some ways, there are plenty of differences between the two areas that make the Patos-Marinza a much different operating environment.

The complete paper presents a solution that assesses tight matrices and natural fractures at a level not previously achieved. At the tight-matrix level, advanced nuclear spectroscopy is carried out with a new pulsed-neutron device that achieves simultaneous time- and energy-domain measurements.

The complete paper presents a large-scale work flow designed to take a vast amount of data into consideration. The work flow can be scaled for projects of any size, depending on the data available.