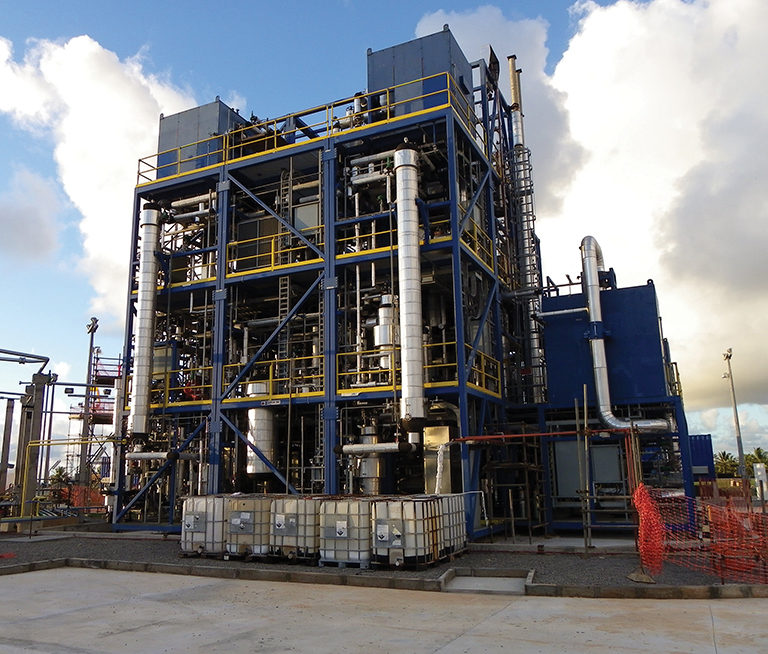 Photo courtesy of CompactGTL.
In partnership with Petrobras, CompactGTL built what it says is the world’s first integrated gas-to-liquids (GTL) plant in Aracaju, Brazil. The facility was used to demonstrate and qualify GTL technology for expanded commercial use and continues to produce 20 B/D of clean-burning liquids.

By the end of the decade, modular gas-to-liquids (GTL) plants distributed around wellheads in places such as North Dakota, USA, and Siberia, Russia, may become commonplace as pressure mounts on producers to monetize marginal natural gas resources.

Small-scale GTL plants take the unwanted natural gas that is a byproduct of oil production, known as associated gas, and transforms it into more valuable liquid products. The technology can also be used to produce stranded gas reserves where a lack of distribution infrastructure exists.

The current disparity between crude and natural gas prices and the ever-rising estimates of global natural gas reserves are driving oil companies to study the feasibility of using small-scale GTL plants. North America, where the use of hydraulic fracturing has led to a surge in oil and gas production, will likely be the first region to see the widespread adoption of modular GTL technology.

With every new oil well that comes online, operators face tighter pipeline constraints, less gas-processing capacity, and increasing scrutiny from both regulators and the public sector on the disposal of associated gas through flaring. The associated gas that bubbles up with the crude is a phenomenon virtually all oil wells experience and, according to a 2011 report published by the World Bank, more than 5 Tcf of this gas is flared annually while another 15 Tcf is estimated to be reinjected.