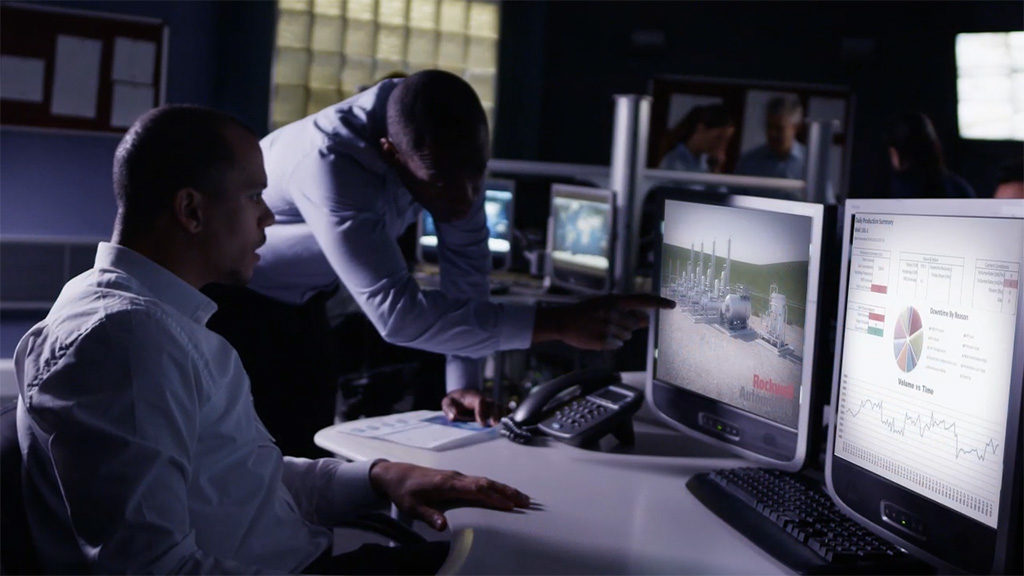 "Everybody talks about the massive amounts of data available, and the parallel amount of information and technology needed to sort through it, but the main thing is that you need to do something with it."

In a recent interview with Luis Gamboa, global oil and gas market development manager at Houston-based Rockwell Automation, JPT asked him about current trends in the rapidly expanding world of the digital oil field, as well as the role he envisions for his own company.

What concerns are you identifying among your customers in the field of automation and digitization of data?

At the 2017 OTC [Offshore Technology Conference], in one of the panel discussions, something was said that I felt was of note. Everybody talks about the massive amounts of data available, and the parallel amount of information and technology needed to sort through it, but the main thing is that you need to do something with it. You need to very quickly take action on the information you gather, and that’s what operators are looking for now.

How did your own company enter the digital oil field?

Rockwell Automation, which was born of the acquisition of Allen Bradley by Rockwell International, has had a longstanding presence in the heavy industries, from simple motor-control equipment to more complex equipment such as distributor control systems. Many customers know us from our programmable logic controllers. In other words, they know us for our ability to automate processes. For many years we’ve been doing that—pump stations and tank farms, batteries, and the like. When it comes to wellhead control, going down into the oil field, our products were not necessarily a good fit until about 4 years ago, when we acquired a company from the Middle East that brought with it a number of technologies and engineering expertise. A lot of what they did was related to what we now call the digital oil field.

Did that acquisition lead to this new line of business—the digital oil field—by convenience, or was that carried out by design?

It was planned, because we realized that was a gap in our architecture. Our customers told us that they could reach a certain level with our equipment, but it would be great to have a complete solution at hand. Once we’d completed the process of integrating these new solutions into our architecture, we could start developing the solutions we have now.

How were you initially positioned in the market for this transition?

You can imagine that getting into the digital oil field in 2013 was coming a bit late to the party. We had two options: use their technology and become a me-too, which was not in line with our overall strategy, or, on the other hand, develop ways of allowing operators to make faster decisions and operate their fields more efficiently, which is the promise of the digital oil field. Instead of doing the same thing, we took advantage of things like mobility, wireless instrumentation, software solutions, and analytics. So 4 years ago, we decided that this would be our strategic direction. Instead of just calling it the digital oil field, we decided to give it a brand name that we called ConnectedProduction (CP).

"...operators find it a difficult reality that they have multiple types of equipment from multiple vendors, which makes it very challenging to get that information into one system."

How did you introduce your solution set into the market?

There’s always an idea that you mimic what your competitors are doing and then differentiate, but we wanted to go beyond. We were targeting artificial lift as one of the first areas to emphasize, mostly because it was growing very fast when it comes to onshore production. The wellhead controllers’ main function was to protect the pumps, whether sucker-rod, electrical-submersible, or progressive-cavity. Then, if you can, you help optimize production. So the idea is now to move the pump to a point at which you can produce the maximum from those conditions. Especially with sucker-rod pumps, a lot of that was being done manually. The data was coming slowly; operators were analyzing it piecemeal and going back to the well and adjusting a few days later, or they had to send people to the field to implement whatever strategy they needed. That was one thing we targeted—to be able to optimize in real time what was going on in the well. The next issue we tackled was compatibility—operators find it a difficult reality that they have multiple types of equipment from multiple vendors, which makes it very challenging to get that information into one system. Sometimes you hear vendors say that customers can take advantage of these analytics if they replace all their varied equipment with the vendor’s, but that’s a huge investment.

How does ConnectedProduction address those issues?

First of all, we were able to integrate equipment from multiple vendors—not only that, but databases from multiple vendors, and then normalize that data. The analytics may run great, but the analytics assumes that the data is in a certain format. So unless you have the right format—and people underestimate the effort that it takes to achieve that—the analytics doesn’t work that well. So the second part of the ConnectedProduction initiative was learning how to integrate and put into context all this data.

What kind of timeframe was there between introducing this idea and receiving a response that it would be a worthwhile venture, in artificial lift, for instance?

It’s taken some time just because, as you can imagine, there are a lot of players out there. But they’ve been piloting a lot of these with tremendous results—an operator in Canada piloted just a couple of these, and based on the results they decided to standardize their whole field with our controllers because they not only provided the functionality they normally get with a wellhead controller, but they also optimize production and provide analytics in well performance. I don’t expect to see a very fast ramp-up because of current market conditions, but we will remain focused on those two areas—the wellhead controllers and data integration. Then the third piece we feel is addressed by the ConnectedProduction technology is the analytics itself—how to use the collected and aggregated information to improve operations. This part is more gradual to develop and deploy, and I think that everybody that is honest will tell you the same thing.

"...This idea is being used for what-if scenarios. So what if I accelerate this pump faster? What will the impact on the operation be? A “digital twin,” so to speak, allows you to see how it will work."

How challenging is it to approach the problem of data qualification?

Analytics is not a silver bullet for every problem. Even if you’re looking at a compressor, what are you trying to solve there? You say yeah, we’re trying to solve downtime. But there are several things that can cause downtime, so which one do you focus on? So that’s what we’re trying to work on. At the wellhead, we’re providing a lot of analytics at the controller level to monitor well performance, and even suggest some modifications. But on larger, complex equipment like pumps, processors, and other rotating equipment, we are testing systems that allow you to model the pump to get a signature of how everything works under optimal conditions. Then you can have signals from the pump and detect what the deviations are from the ideal model. This idea is being used for what-if scenarios. So what if I accelerate this pump faster? What will the impact on the operation be? A “digital twin,” so to speak, allows you to see how it will work. We believe that that is the way of the future in the digital oil field.

...Let’s say you know that a pump is going to fail and that you can’t prevent it. How can you minimize the downtime then?

There is a fourth aspect to the ConnectedProduction system, correct?

Yes; that’s where you close the loop. Let’s say you determine that a pump may fail based on certain parameters. You have about 14 days. Don’t tell me that the pump is going to fail in the next 2 hours; I may not respond effectively with such a short notice. But with enough notice, I can take action. So what do you do then? Do you enter the information in a computerized maintenance system; do you contact procurement? Where are your technicians—are they available? Or do you implement automatic workflows that help the operator reduce the impact on operations or the time to repair? We help the operator understand the current situation, and how they can accelerate decision making. Let’s say you know that a pump is going to fail and that you can’t prevent it. How can you minimize the downtime then? You automate a workflow, notify the technician that he or she needs to be at that field on that day, and then if the part is not in stock, you have to acquire it. All of these things can be automated. That, to me, is the biggest business value of this whole connected digital enterprise.

How was Rockwell Automation’s experience at the OTC?

This year we were in the NRG Center itself, which definitely made for a better experience for us than in previous years, in terms of overall traffic, attention, and focus of visitors. While we had a fairly compact booth, it was robust in that it featured a number of monitors and tablets to showcase our ConnectedProduction technology—I believe that was intriguing for visitors, to see how these technologies can apply in real-life scenarios. We had one setup in the booth in which you could go up to an asset like a controller, scan a QR code, and then the specific content for that controller would be served to a tablet to show how it can be visualized differently. That was something we hadn’t had in our booth before, and that area of the booth saw a lot of traffic.

Did OTC itself illuminate any trends you hadn’t anticipated?

Not really, since, as I said earlier, implementation of these ideas industrywide will be a gradual process. We knew there would be increased interest in digitization technologies, and of course hand-in-hand with that is an increased degree of caution from customers about how to spend their automation dollars. That’s a concern we hope to address.