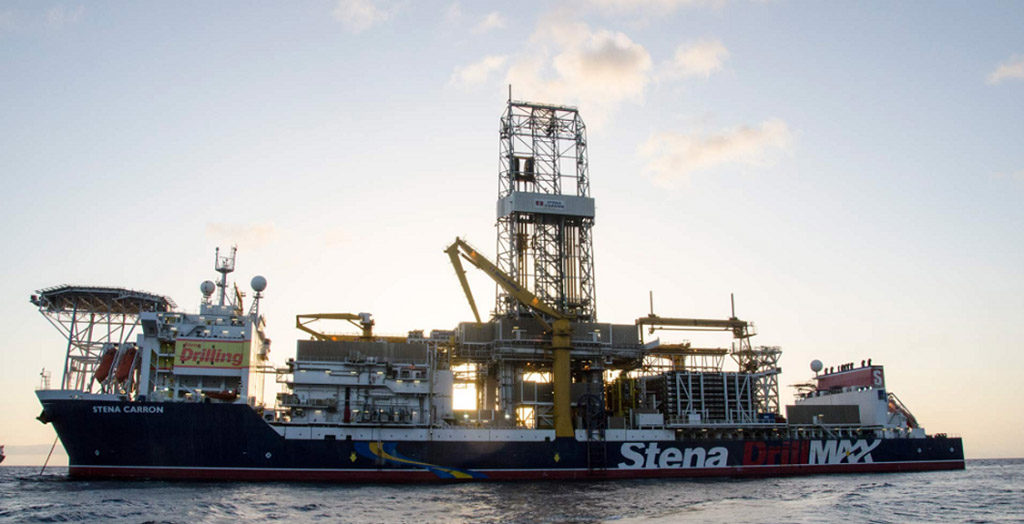 The Pacora-1 well off Guyana was drilled by the Stena Carron drillship to 5,597 m in 2,067 m of water. Source: Stena Drilling.

A busy week for ExxonMobil marked a continued companywide transition for the world’s largest public oil and gas firm, headlined by its withdrawal from once-promising Russian joint ventures and its announcement of a seventh oil discovery off Guyana.

According to a filing with the US Securities and Exchange Commission, ExxonMobil is pulling out of its JVs with Rosneft, established earlier this decade, that involved exploration and development of Arctic, Black Sea, and shale resources. ExxonMobil’s role in those partnerships was quashed when the US government levied sanctions on Russia in 2014 following its annexation of Crimea and expanded those measures in late 2017. ExxonMobil sued the US Department of the Treasury last year in response to a $2-million fine for violating the 2014 sanctions.

“This decision puts a formal end to ExxonMobil’s long-term strategy of exploring the Arctic, which led to the discovery of the giant Pobeda field in 2014. It also makes the progress at the Far East LNG project less likely,” explained Samual Lussac, senior research manager, Russia upstream, at consultancy Wood Mackenzie.

While ExxonMobil will take an after-tax loss of $200 million due to the move, Lussac noted the firm had already sunk around $700 million on the Universitetskaya well in the Kara Sea during the same year the US first imposed sanctions.

“In practice, all Arctic offshore exploration and the Trizneft Pilot project—which focused on the Bazhenov shale oil development—were on hold since 2014,” he said. “Rosneft loses a partner of choice, which could have brought financing and expertise for the development of the next wave of Russian oil supply.” ExxonMobil will, however, maintain its 30% share in the Sakhalin-1 project.

“This latest discovery further increases our confidence in developing this key area of the Stabroek Block,” said Steve Greenlee, president of ExxonMobil Exploration Company. “Pacora will be developed in conjunction with the giant Payara field, and along with other phases, will help bring Guyana production to more than 500,000 B/D.”

Pacora-1 was drilled to 5,597 m in 2,067 m of water. After completion of the well, the Stena Carron drillship will move to the Liza field off Guyana to drill the Liza-5 well and conduct a well test, which will be used to assess concepts for the Payara development, ExxonMobil said. The Liza phase one development was sanctioned in June 2017.

Offshore Latin America has emerged as one of ExxonMobil’s strategic priorities for the coming years. During the fourth quarter of 2017, ExxonMobil added 14 offshore blocks in Brazil comprising more than 1.25 million net acres through bid rounds and farm-in agreements. Elsewhere, the firm will lead the construction and operation of all future gas liquefaction facilities on Mozambique’s Area 4 block, and it intends to invest billions to triple its Permian Basin output in West Texas and southeastern New Mexico.

ExxonMobil also this week shut two liquefaction trains at its PNG LNG plant, its Hides gas conditioning plant, as well as production pads in Papua New Guinea after a 7.5 magnitude earthquake struck the Pacific nation, and the firm is reported to be seeking the sale of its 19% stake in the Terra Nova oil project off Newfoundland and Labrador.