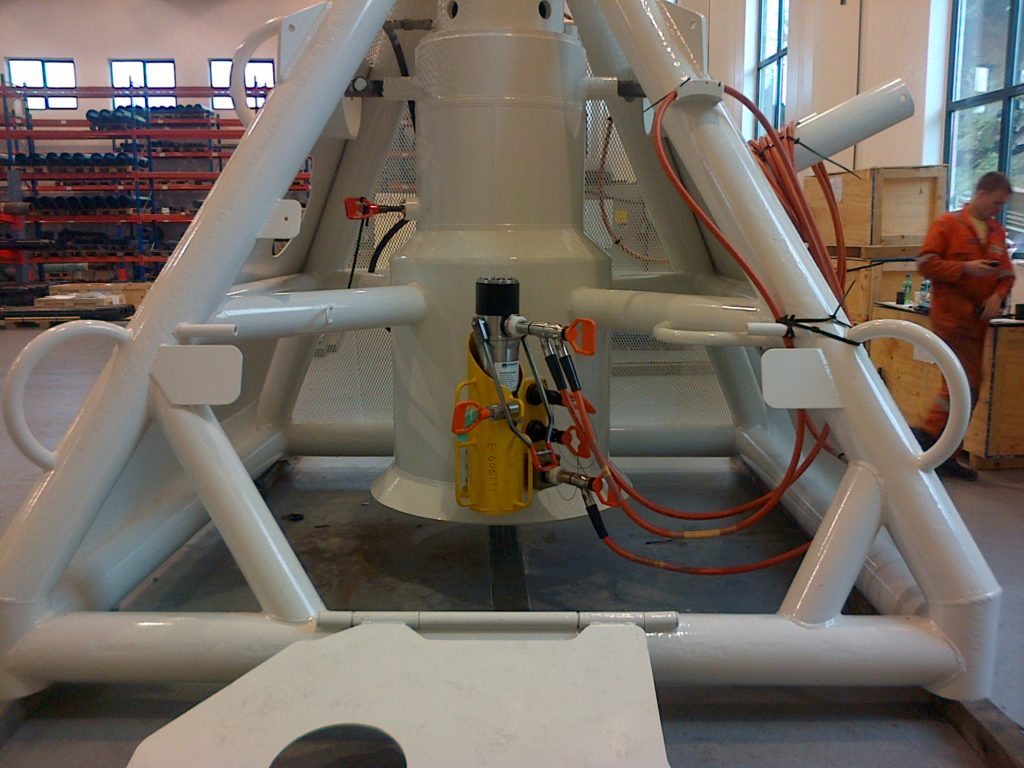 A subsea transceiver mounted to a casing debris-cap is one of the elements required to get valuable reservoir data from an abandoned well back to engineers. Source: Expro

Somewhere offshore Norway there is an abandoned appraisal well that is unlike any other. Despite being a non-producer, inside it are pressure gauges meant to reveal clues on how the reservoir will ultimately give up its resources.

Developed by service firm Expro, the technology being discussed here is the cableless telemetry system (CaTS). Instead of running the requisite productivity test and then leaving an appraisal well behind for months or years until a field is ready for development, operators use the CaTS for the long-term collection of transient pressure data that will help them narrow the uncertainties of where to drill next.

It works by sending data from battery-powered pressure and temperature gauges though a well’s metal casing via an electro-magnetic (EM) transmitter, a critical ingredient to Expro’s approach.

“There are many different telemetry systems and technologies, [e.g.] acoustic, mud pulse,” explained Stephen Kelly, a product line manager for Expro’s wireless well solutions group. “But the thing about the EM system is that the signal is unaffected by any barriers in its path. So bridge plugs have no impact, and cement plugs, zero impact.”

As is the norm for an appraisal well, this one was used to run tests that help determine key things such as permeability before being plugged up.

But less normal is the fact that the operation involved installing a sensor within the pilot-hole section of the well before cutting its casing and installing a rock-to-rock cement plug. The upper casing was then also cut some 15 feet below the mudline, per Norwegian regulations that aim to eliminate the risk of a fishing vessel’s trawling net getting snagged onto the wellhead.

What kept the engineers unsure of their technology’s capabilities was the model that Kelly described as the “brains of the operation” which is used to predict how the CaTS and all its bespoke components may work in each well scenario.

This model balances out three defining parameters for each job: rate, range, and duration. In other words, the CaTS engineers need to know how many data points does the operator need over a given period, how far can that data be transmitted, and how long does the monitoring system need to stay powered up. Depending on the answer to these questions, a CaTS can be designed to last for 3-7 years before its batteries die, at which point the units can be left in place or retrieved for a battery swap.

But to understand the uncased scenario, the team turned to a different 3D model which suggested that data could be transmitted this way if repeater units were placed close to where the casing was cut.

When the rig pulled off location, success was confirmed when a support vessel was still receiving pressure data from the CaTS. This seemingly small development for a well-proven technology confirmed that the CaTS can work in a wider envelope of abandoned or suspended well designs than was once believed.

Expro is anticipating that this latest example of its telemetry skills will lead to more instrumentation work in wells with casing breaks or longer open-hole sections. The company also has plans to create a new generation of the CaTS, a project that will consider whether to upgrade its pressure rating from 15,000 PSI to 20,000 PSI in order to add to its potential application ultra-high-pressure basins such as the Gulf of Mexico.