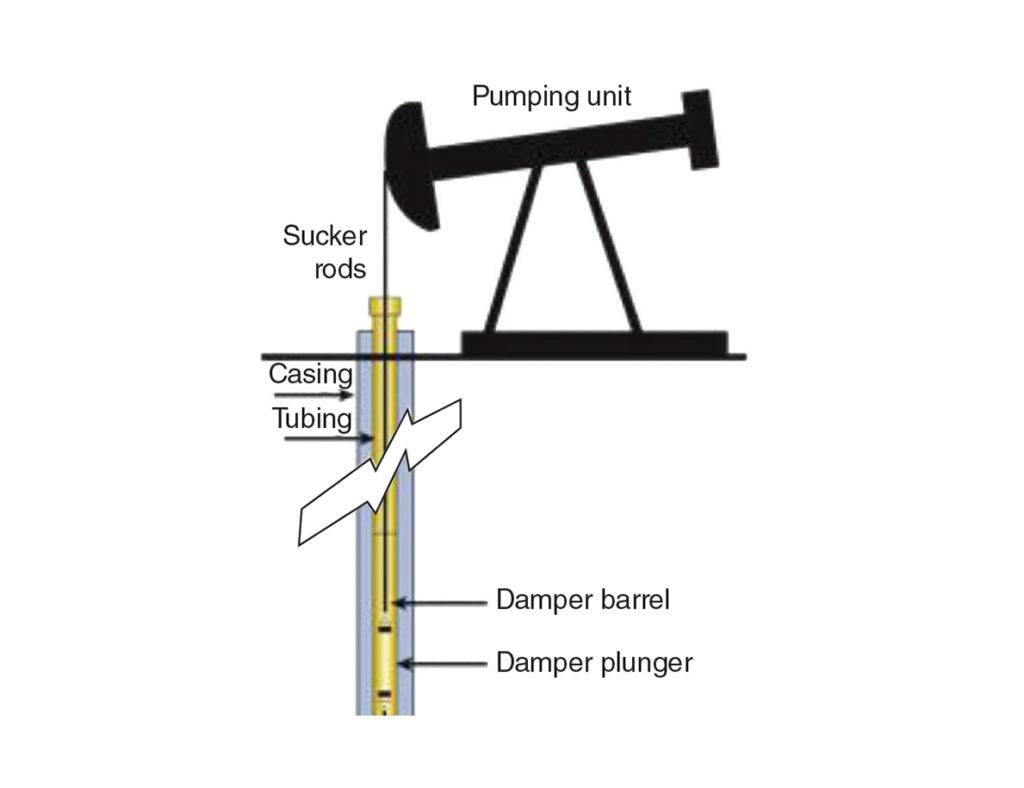 Applied Seismic Research (ASR), based in McKinney, Texas, has placed more than 200 of its proprietary seismic stimulation tools in more than 50 locations, including fields in Arkansas, California, Canada, Egypt, Kansas, Mexico, Oklahoma, Oman, and Texas. This article will examine the operation of the tool and highlight the EOR results achieved in a variety of formations.

What is Seismic Stimulation?

Seismic stimulation is the harnessing of low-frequency, high-energy elastic waves to mobilize oil. The method’s origins trace back to the 1950s when it was noticed that natural earthquakes could increase oil production by up to 45%. Attempts in the 1980s to duplicate earthquake effects by the use of surface vibrators above a targeted zone were largely unsuccessful and commercially unviable. Later development of tools that generate subsurface shockwaves proved more promising. ASR received the first patent for its technology in 2000.

In-situ seismic stimulation may be one of the greenest EOR options available. The method doesn’t involve injecting any amount of potentially harmful fluids or chemicals into the earth or dealing with the byproducts created by other EOR methods. In fact, it is implemented in a completely closed wellbore having no hydraulic communication with the formation. It can offer a measure of relief to field operators grappling with issues including managing groundwater contamination from harmful chemicals; dealing with the treatment, transport, and disposal of high volumes of contaminated wastewater; and/or handling the environmental consequences of the intense energy and carbon use occasioned by thermal injections.

How the Tool Works

The seismic stimulation tool (Fig. 1), which has a lifespan of up to 1.5 years and typically requires no maintenance, is powered by a conventional pumping unit and can be installed in abandoned wells at depths from 700 to 10,000 ft. It is relatively easy to transport to wellsites, coming in three preassembled segments in a single crate. The tool is installed into an abandoned wellbore, connected to a rod string and then to a pumping unit. The pumping unit drives movement of three plungers within the tool in unison. The lowest plunger contains a traveling valve to bring in ­fluids. When the plunger reaches the top of its stroke, it exits the lower barrel to release highly compressed fluids, creating the elastic waves.

Fluids, compressed to over 3,500 psig between the lower and middle plungers, are released in milliseconds creating a classic hydrodynamic shockwave. Specialized tubing acts as a compression chamber. The upper assembly acts as a damper to decelerate the upward velocity the system experiences on firing. The damper maintains a minimum 2,500‑lb load on the pumping unit to prevent zero loading.

The process repeats itself as water is drawn into the tool and released. The tool releases only two gallons of fluids and has no hydraulic connection to the reservoir. The elastic waves’ momentum do not damage the cement bond or wellbore integrity.

Elastic waves repeat every 10 seconds, day after day, to deliver over 2 million shockwaves to a reservoir over the course of the tool’s lifespan. After 1 to 1.5 years the tool is required to be replaced.

The elastic waves generated by the tool mobilize oil droplets that are adhered to formation grains. Though the tool operates in a single abandoned well, its coverage extends through fault blocks and layers, stimulating EOR in wells within a radius of up to 1.4 miles.

Seismic stimulation seems to work best in reservoirs featuring barriers to flow, which create pockets of bypassed oil. The immobile oil droplets are dislodged when downhole elastic waves propagate both horizontally and vertically.

The elastic waves that are generated have no barriers, either in the vertical or horizontal plane. Fault blocks, stratification, and changes in phase do not stop the seismic stimulation as they would impede conventional fluid-based EOR methods.

Operators have achieved significant improvements in oil production and oil cut in aging fields in formations including carbonates, sandstones, diatomites, and shales (Table 1).

Fig. 2 details results at a Permian Basin carbonate formation, where a historical decline rate of 17% was reduced to less than 2%.

Results show that the seismic stimulation approach has been proven in carbonate, sandstone, and diatomite formations. The method is most effective in mature oil fields with a gas/oil ratio of less than 2,000 scf/bbl; an API gravity higher than 13°, and that display a high degree of heterogeneity and bypassed oil.

Add Denbury Resources to the list of oil companies filing for bankruptcy protection with a plan that may make for a quick trip through the debt-reduction process.