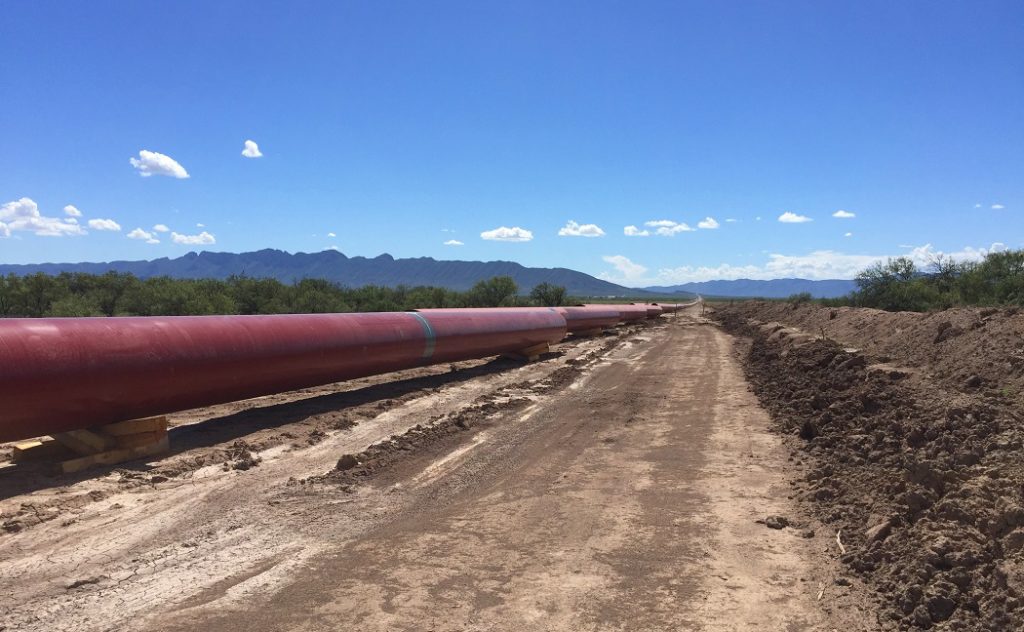 Permian natural gas production is so high that it is selling for a deep discount.

A report from the US Energy Information Administration (EIA) showed the benchmark price for Permian gas is about $1 less per MMBtu than the US benchmark. Specifically, it compared the price paid at the Waha Hub, in the heart of the Permian, and the Henry Hub, the South Louisiana pipeline junction used as the US standard.

The problem is simply that production keeps rising—an EIA report showed Permian gas output was up 234 MMcf in July over June—exceeding the capacity of the pipeline network.

While tank trucks can provide an outlet for growing oil production, it is not an option for gas.

Three pipelines are under development but the first is not expected to begin flowing until late this year or early next. The Gulf Coast Express line, with a capacity of 2 Bcf/D, is the only one under construction. It is expected to go into service in October.

Another option is to flare the gas and continue producing oil.  Flaring is allowed in Texas during drilling and completion, but a permit is required for that to continue longer term.

The most recent number from the EIA showed that Texas flaring represented 41% of the gas flared nationally in 2016. The Texas total was down 23% from 2015, but was still the highest total in the US exceeding, North Dakota, which had led some years.

In 2017 US flaring rose by 6%, totaling 9.5 Bcm, according to data from the Global Gas Flaring Reduction Partnership. The estimate, based on satellite observations of flared gas, uses a method based on work of partners including the National Oceanic and Atmospheric Administration and the University of Colorado.

The study does not break it down by state. But the Permian’s combination of booming drilling and pipeline limits makes Texas a likely spot for rising flaring.