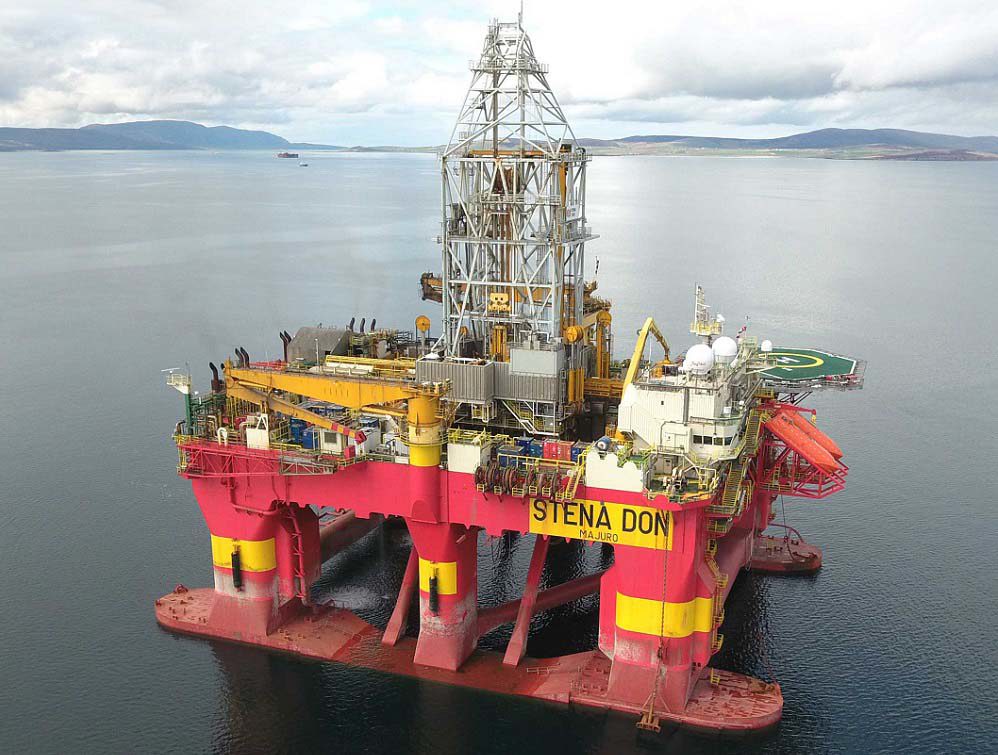 The fortunes of the upstream industry on the UK Continental Shelf (UKCS) may be turning. Two big discoveries have been reported over the past 8 months and a gradual upturn in drilling is expected in the near term.

Then, in January, CNOOC said it made the play-opening Glengorm discovery, intersecting about 38 m of net gas and condensate pay in the Central North Sea. Recoverable resources there are estimated at 250 million BOE, which is the largest discovery on the UKCS in a decade. Total is also a partner in Glengorm.

“It’s a very positive time for exploration, especially in the frontier West of Shetland region, which is now a key area for growth,” said Nick Richardson, head of exploration and new ventures at the UK Oil and Gas Authority (OGA), during a recent podcast hosted by the industry regulator that featured UK operators.

Richardson touted favorable geology, existing infrastructure, friendlier regulatory and fiscal regimes, and open data as enticements for operators to explore the UKCS. The OGA estimates some 4 billion BOE yet to be discovered from existing mapped prospects on the UKCS, with an additional 11 billion BOE possible from new plays. Finding costs have shrunk to $1/bbl from $9/bbl.

“The great aspect about this discovery is the fact that it’s lying underneath the Edradour field that Total operates in the West of Shetland. This shows that we can still unlock potential in the mature basin on new plays,” he said.

“The great aspect as well, business-wise, is that it’s drilled from an existing manifold, allowing a very short cycle from discovery to first gas,” he added. “This brings value as quick as possible, and of course, [as] with any success case in exploration, it unlocks further prospectively that we are working on right now.”

Glengorm had been identified as a prospect for decades under previous operators, but it was difficult to drill, said Eliza Larrett, CNOOC International general manager, UK exploration. “The drilling margin is very narrow in the reservoir section, so we were relieved to get through that safely and successfully to TD.”

However, not every exploration well turns into a discovery and not every appraisal well reveals a massive volume of hydrocarbons. Equinor’s Verbier appraisal well drilled during the spring failed to encounter the expected Upper Jurassic sands, and as a result, lowered the discovery’s estimated resource potential. But Jenny Morris, Equinor head of exploration, UK and Ireland, remains upbeat on the potential of the UKCS.

“Verbier is a great example of what this mature basin still has to offer in terms of stratigraphic potential,” she said. “The original well was dry but we took that very bold decision to sidetrack updip. There was tantalizing evidence that there could be hydrocarbon sands updip,” and the company did encounter hydrocarbon-bearing sands.

“It demonstrates, particularly with modern data…there could be a lot subtle stratigraphic potential left in this basin,” she added. “But, of course, it’s not easy. Strat traps are challenging, and as we’ve seen, the appraisal well indicated lower volumes than we hoped.”

Though not always easy to exploit, Richardson said that the basin’s appeal ultimately comes down to its geology, which has produced discoveries from all the way down in the basement to the youngest rocks. The geologic complexity provides opportunities for new concepts to be developed that can open up new plays.

Larrett said the UKCS’s advantage is that “it has a number of different types of basins at different levels of maturity, so you can target different levels depending on whether you want a frontier- or mature-type of basin. The infrastructure is there. The industry has been well-established.”

CNOOC has been in the UK for a long time and, for those reasons, intends to keep it a core business long term, she said.

While few wells were drilled last year on the UKCS, more are slated to be spudded this year, including Siccar Point Energy’s Lyon and Blackrock wells North of Shetland. CNOOC also has two wells planned this year, both west of Shetland: the Cragganmore appraisal well and Howick exploration well. Both will be drilled during the summer.

Lyon and Cragganmore could form part of a northern gas hub in which several discoveries by multiple operators are tied back to a Lyon facility. “It’s still early days,” Larrett said. “There are still some challenges there,” including deeper waters and a lack of infrastructure. “And for that, you really do need a collaborative approach,” she said, adding that more discoveries will be needed to cross the economic threshold to make the hub happen.

Richardson said there is more than 1 billion BOE of yet-to-be-discovered resources that have been identified west of Shetland, with unmapped potential of more than 5 billion BOE. “There’s a lot of running room there,” he said.

Total plans to drill around its existing assets. In addition to appraising Glendronach, the operator is focused on the Elgin-Franklin and Culzean fields and the nearby Glengorm discovery, Soudani said. It’s also looking into low-cost projects in the Inner Moray Firth area.

Morris said Equinor hopes to drill 1–3 exploration wells/year off the UK after conducting a four-well campaign this year.

But majors and international oil companies will be just part of the UKCS equation going forward. Renewed interest in the basin, recently aided by discoveries such as Glendronach and Glengorm, has come with several smaller, private-equity backed companies scooping up acreage. “These companies are flexible, agile, [and] often can be faster than the larger organizations,” Morris said.

One of the smaller, private companies getting bigger and gaining stature is London-based Chrysaor Holdings, which recently agreed to buy ConocoPhillips’ North Sea assets. The deal, expected to close in this year’s second half, will improve the 12-year-old firm’s pro forma 2019 production to 185,000 BOE/D, making the company one of the largest producers in the UK North Sea.

“I think there’s a great opportunity for all sizes of organization here to work together, learn from one another, and collectively extract value,” Morris said.