Dorado Discovery Off Australia Is Bigger Than Expected 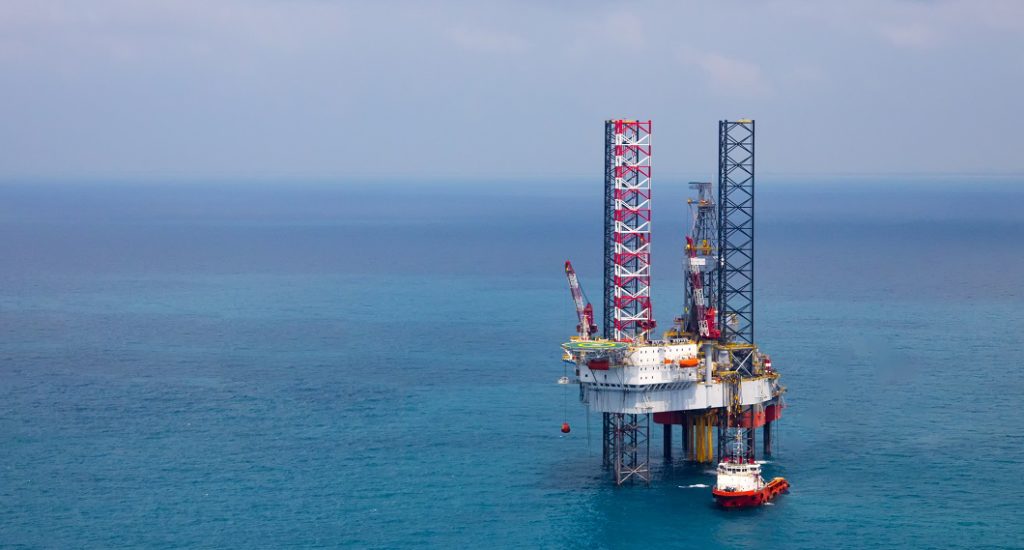 The appraisal well, drilled downdip 2 km from the Dorado-1 discovery in the Bedout Basin, encountered 85 m of net reservoir in the primary Caley formation. As expected, an oil/water contact was intersected at 4003 m measured depth, with 40 m of net oil pay encountered, the Adelaide-based operator said.

Another 11 m of pay was encountered in the Upper Caley sands, with preliminary wellsite analysis indicating this upper zone is oil-bearing. But it is subject to additional analysis to confirm the hydrocarbon phase.

A further 32 m of net pay was encountered in the underlying Baxter and Milne sandstones, with no fluid contacts intersected. Both sands are currently interpreted as gas-bearing, though similar to the Upper Caley, the Milne hydrocarbons will require more analysis to confirm the hydrocarbon phase.

Santos said the well result has increased confidence in the presence of large hydrocarbon columns in the Baxter and Milne reservoirs, which should result in a big increase in gas resources from predrill estimates.

“This is a great result which indicates the Dorado discovery is larger than anticipated and which significantly derisks a future development,” Kevin Gallagher, Santos managing director and chief executive officer, said in a news release.

Wireline pressure testing has confirmed that all the reservoirs are in pressure communication with the equivalent intervals in Dorado-1, the company said, mitigating one of the main predrill risks to future development.

Hydrocarbons have also been recovered from each reservoir interval via wireline sampling. Initial indications are that fluid compositions are similar to the light oils and gases sampled in Dorado-1, where condensate yields ranged 190–245 bbl/MMscf in the Upper Caley, Crespin, and Milne formations and 70–90 bbl/MMscf in the Baxter formation. 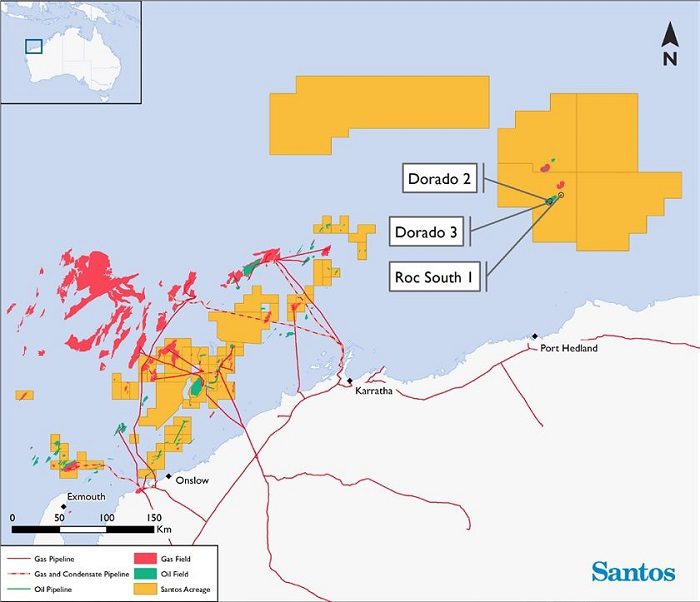 “The value of the discovery is greatly enhanced by the high-quality reservoirs and fluids and the shallow-water setting, which should facilitate a cost-competitive development,” Gallagher said. “Dorado opens a new basin with high prospectivity in permits where Santos has a high equity position and rich exploration inventory with potential to substantially grow the resource base.”

Located 160 km north of Port Hedland, Dorado-2 was drilled using the Noble Tom Prosser jackup rig in 91 m of water, reaching a TD of 4573 m. Once wireline logging is completed, the rig will move to the Roc South-1 exploration well before returning to drill Dorado-3.

The Dorado-1 well last year encountered 96 m and a net pay thickness of 80 m in highly porous and permeable sands. The ensuing assessment of hydrocarbon volumes, reported in August 2018, showed 171 million bbl of oil, one of the largest oil resources ever found on the North West Shelf.

A 3D seismic survey over the Dorado, Roc, Roc South, and near-field prospects in the Bedout Basin is under way “to mature additional exploration opportunities for drilling along this significant hydrocarbon resource play,” Gallagher added.

Dorado-2 is in petroleum permit WA-437-P, in which Santos owns an 80% interest and Carnarvon Petroleum holds the remaining 20%. Santos gained its stake through its $2.15-billion acquisition of Quadrant Energy late last year.

Dorado Discovery Off Australia Is Bigger Than Expected