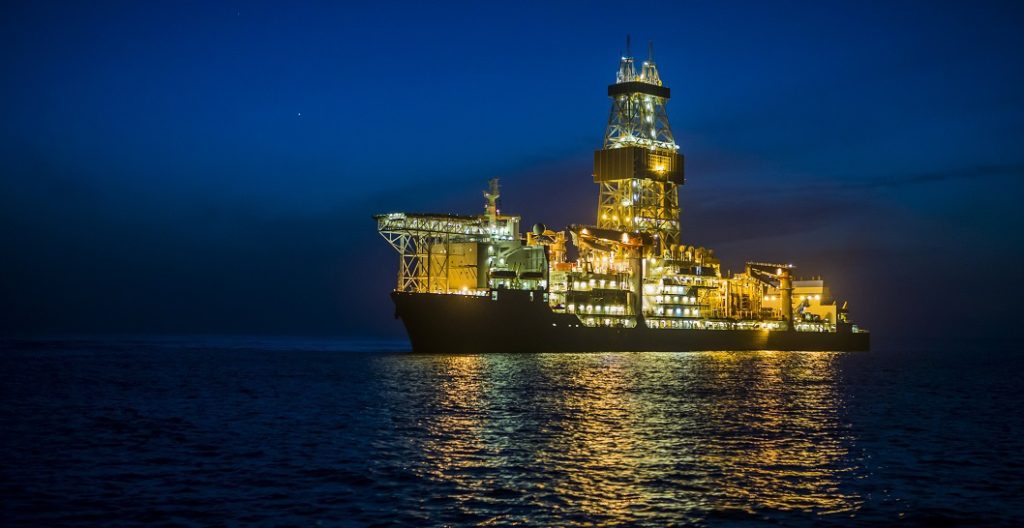 An appraisal well drilled by Eni offshore Angola confirmed the extension of the Agogo reservoir, while the Italian operator hit gas and condensate pay at its Ken Bau prospect offshore Vietnam.

The Agogo-2 appraisal well on Block 15/06 encountered 58 m net of 31° gravity oil in Miocene and Oligocene sandstones “with excellent petrophysical characteristics,” the Italian operator said. The results confirm the extension of the Agogo reservoir to the north of the Agogo-1 discovery well and below the salt diapirs.

Eni said Agogo-2 was drilled in a “highly deviated” manner to reach sequences below the salt diapirs and prove the existence of reservoir and oil charge in the Agogo megastructure. Data acquired from the well indicate a production capacity of more than 15,000 B/D of oil.

The results confirm 650 million bbl of oil in place at the Agogo field and indicate further upside in its northern sector that will be assessed with new appraisal wells, the company said.

Agogo-2 was drilled by Transocean's Poseidon deepwater drillship, 3 km northwest of Agogo-1, 180 km offshore and 23 km from the N’Goma West Hub floating production, storage, and offloading (FPSO) vessel. The well reached a TD of 3,949 m in 1,700 m of water.

Eni plans to start production from Agogo before year end with a subsea tieback to the N’Goma FPSO, as the company continues its appraisal campaign to assess the discovery’s full potential and development size.

Off Vietnam, Eni’s Ken Bau 1X exploration well on Block 114 intersected several intervals of gas and condensate sandstone interbedded with Miocene shale with an estimated net reservoir thickness of more than 100 m. The results represent “a breakthrough for evaluating the exploration potential in the Song Hong Basin,” Eni said.

The well was drilled 95 m of water, reaching a TD of 3606 m, and was plugged and abandoned early because of technical issues, Eni said, before reaching deeper levels that could hold significant additional resources. The company plans a drilling campaign early next year to fully assess the discovery’s potential.

Eni is operator of Block 114 in a 50-50 partnership with Essar E&P. Eni also operates with 100% interest the neighboring Block 116 and four blocks total in the underexplored Song Hong and Phu Khanh Basins.