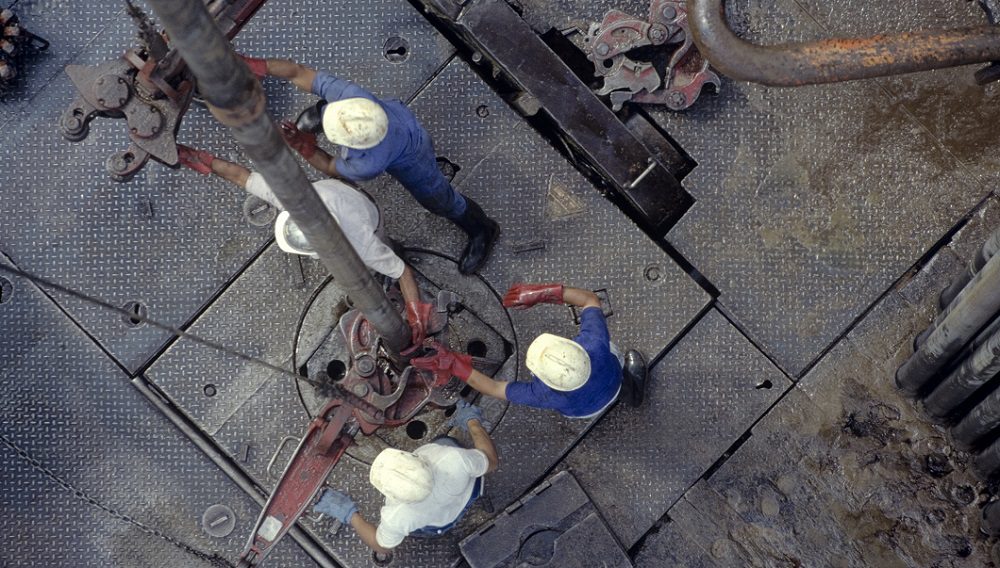 The US drilling rig count has fallen by 13% since the beginning of the year, according to 26 July data from Baker Hughes, and it appears even more units will be going offline in the coming months.

Leaders from two large US onshore rig contractors said their expectations that the rig-count slide would hit a second-quarter bottom were off and are now refraining from making new predictions as to when it will end.

Helmerich & Payne (H&P) said it ended the second quarter with 214 contracted rigs, down 5% from the end of the first quarter. The Tulsa, Oklahoma-based driller now has 207 rigs working and expects to exit the third quarter with another 5–6% drop.

Houston-based Patterson-UTI said its average US onshore rig count for the second quarter was 157, a decrease of almost 10% from the first quarter. It expects another 10% to go inactive in the third quarter.

“With the commodity-price volatility and the increased focus on spending within budget, E&P companies are being extra vigilant in monitoring their spending,” said Andy Hendricks, Patterson-UTI president and chief executive officer, in his firm’s earnings call. West Texas Intermediate crude oil prices began the second quarter by reaching into the mid-$60s/bbl but fell to the low-$50s/bbl in June.

The expected continuation of drilling declines in the third quarter, Lindsay and Hendricks said, will come as both small and large independents pull back their spending this year much earlier than in years past in an effort to stay within their full-year budgets.

“Most of our customers have spent over 50% of their budgets during the first half of the calendar year, and they are now assessing plans for the remainder of the year,” said Mark W. Smith, H&P vice president and chief financial officer.

But Hendricks noted that international oil companies operating in the US are “holding steady,” which has allowed Patterson-UTI to “to re-contract a number of rigs” with them.

“We do expect the industry's rig count to eventually stabilize once customers reach a run rate of spend that aligns with balancing their budgets,” said Smith. “That said, we don't have an absolute visibility when that point will be reached.”

Thinning the Heard to Super Specs

However, pricing discipline among the small group of contractors that own super-spec rigs means the rates for these more-capable rigs aren’t likely to fall precipitously. Suited for drilling multiwell pads, super-spec rigs include an AC drive along with a 1,500-hp draw works, 750,000-lb hookload rating, and 7,500-psi mud-circulating system.

“The good news,” said Lindsay, “is that US land industry [super-spec utilization] remains close to 90%, and pricing remains firm for the best in class of the fleet. Even as activity trends lower, we continue to see persistent demand for top-performing rigs that are required for more complex wells with longer laterals and tighter well spacing.”

Since the beginning of the year, the number of legacy SCR and mechanical rigs drilling horizontal wells has dived 24%, Lindsay said, adding that the top five US land drillers currently own 80% of the active super-spec fleet.

“There are still over 200 legacy rigs drilling horizontal wells, and in some cases, they're drilling some of the more complex stuff,” he said. “That's really a mismatch—it's a disconnect—and we are seeing customers that are utilizing those type of rigs saying that they see an opportunity to improve.”

While these lower-tech rigs command lower day rates, they drill slower and less accurately than super specs, more than offsetting any initial savings, Lindsay said. In the case of the super specs, “all you have to do is save a couple of days on a 15-to-20 day well, and you've more than paid back the discount on the prices of the rig.”

Smith said H&P intends to put its 34 idle super-spec rigs “back to work as the market tightens and as opportunities to displace the legacy rigs continue to rise.” Meanwhile, the company will downsize its now-older FlexRig4 fleet in the US to 20 units from 71.

Hendricks said Patterson-UTI expects its active US fleet to consist solely of APEX rigs by the end of the third quarter. Most of the APEX fleet is considered super spec.

H&P has developed and acquired a few new technologies over the last couple of years in its quest to improve drilling efficiency through automation. The company recently rolled out its AutoSlide technology, which standardizes well paths by providing automated slide drilling. Turn-by-turn instructions provided by H&P’s Motive bit guidance system are delivered to FlexRig software instead of the driller or directional driller.

Complementing AutoSlide is the company’s FlexApp software, which consists of several applications that can be layered on top of FlexRig digital control systems depending on the need of the operator and its specific drilling challenges. H&P is now working to make available FlexApp software on non-company rigs.

However, Lindsay noted that the “speed of adoption isn't as fast as we would like for some of these software offerings” as the industry trudges through its digital transformation.

“The challenge is not so much the software development and implementation but the changes these technologies create in the customary workflow at the rig site,” he said. “The jobs at the rig are changing and in some cases the role is being eliminated at the rig site and relocated to an offsite command center. That kind of disruption requires strong change management from all parties involved.”