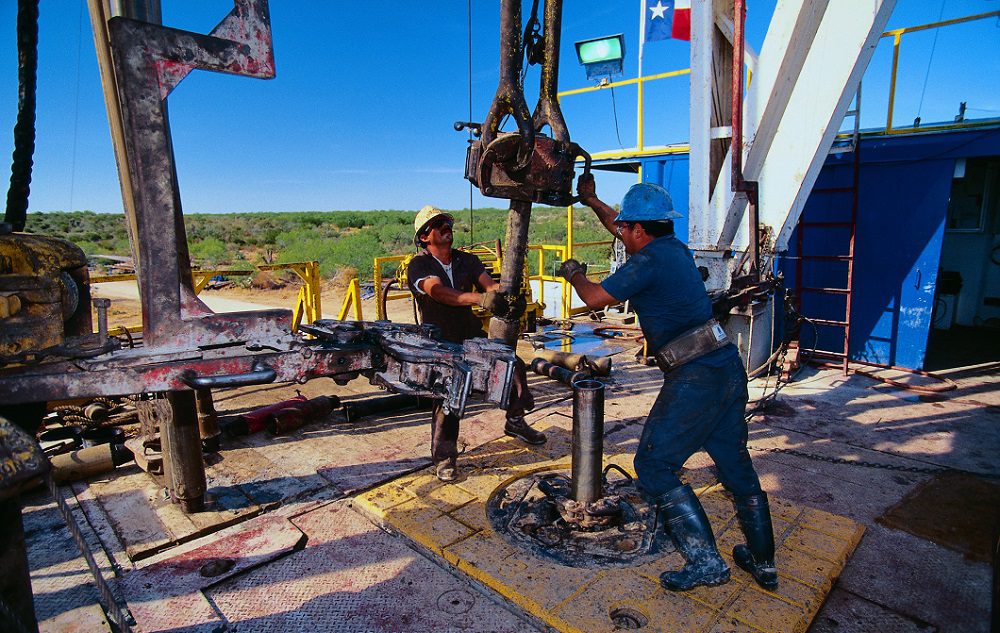 Slumping upstream business activity in Texas, southern New Mexico, and North Louisiana worsened during the third quarter as oil markets remained volatile and operators continued to curb exploration and production (E&P) work, according to a survey of upstream executives by the Federal Reserve Bank of Dallas.

The Dallas Fed’s business activity index—a comprehensive measure of conditions facing energy companies in the US Eleventh District—fell to -7.4 from -0.6 in the second quarter largely caused by a rout of oilfield service firms, whose own index dived to -21.8 from 6.6. Negative readings indicate contraction.

Survey data suggest a large contraction in equipment utilization for oilfield service firms during the third quarter, with the equipment utilization index plunging 27 points to -24.0, its lowest reading since 2016, said the Dallas Fed. Oilfield service prices continued their slide as well, with the prices received for services index falling further to -18.5 from -12.1. Input costs continued rising but at a much slower pace, as the index plunged to 5.6 from 27.1.

Drilling and completions activity in particular has cooled in the largest hub of industry activity in the region and US, the Permian Basin of West Texas and New Mexico, where the count of active rigs by Baker Hughes dropped 76 units between the week ending 20 September and a recent peak in late 2018.

In a poll of the group of operator and service company executives, just 2% said they believe the US rig count has bottomed out, while the most common response, amounting to 28%, was that the slump would end in the fourth quarter. Another 23% chose next year’s first quarter, 20% picked second-quarter 2020, and the rest, 26%, said even later.

The group’s downbeat mood extended to its assessment of the US Energy Information Administration’s measurement of Permian drilled-but-uncompleted wells. Half of executives said their estimate was lower than EIA’s count of 4,000, with 23% saying much lower and 27% saying slightly lower. Analytics firm Kayrros, which was founded by a group that includes Antoine Halff, a former EIA lead industry economist, has also estimated the Permian DUC count to be much lower than EIA's findings.

"The EIA has no clue on their estimated number of DUCs, in my opinion," said one operator executive who participated in the survey. "What actually happens in the oil field is a smaller, 'spudder' rig goes out to the lease first and drills down to approximately 1,500–2,000 ft and sets surface pipe, moves on to the next well, and does the same thing over and over." These "spudder" wells are inflating EIA's DUC count, the executive posited.

Less field work translated to lower upstream unemployment in the region, which declined modestly for a second quarter in a row. The aggregate employment index slid to -8.0 from -2.5, while the aggregate employee hours worked index declined to -2.4 from 3.1. Wage growth continued to slow, as the index for aggregate wages and benefits fell to 6.2 from 14.5, the Dallas Fed said.

The Dallas Fed Energy Survey is done quarterly to assess Eleventh District upstream business activity. Data from 163 firms were collected 11–19 September. Of the respondents, 108 worked for operators and 55 were with oilfield service firms.

Part of the Dallas Fed survey includes soliciting comments from participating executives about the state of the business. Divided among operator executives and service company executives, remarks in this quarter’s edition lamented a lack of funding, difficult capital markets and oil markets, and shrinking margins.