Can Regulators Move Fast Enough To Fix a Shattered Market? 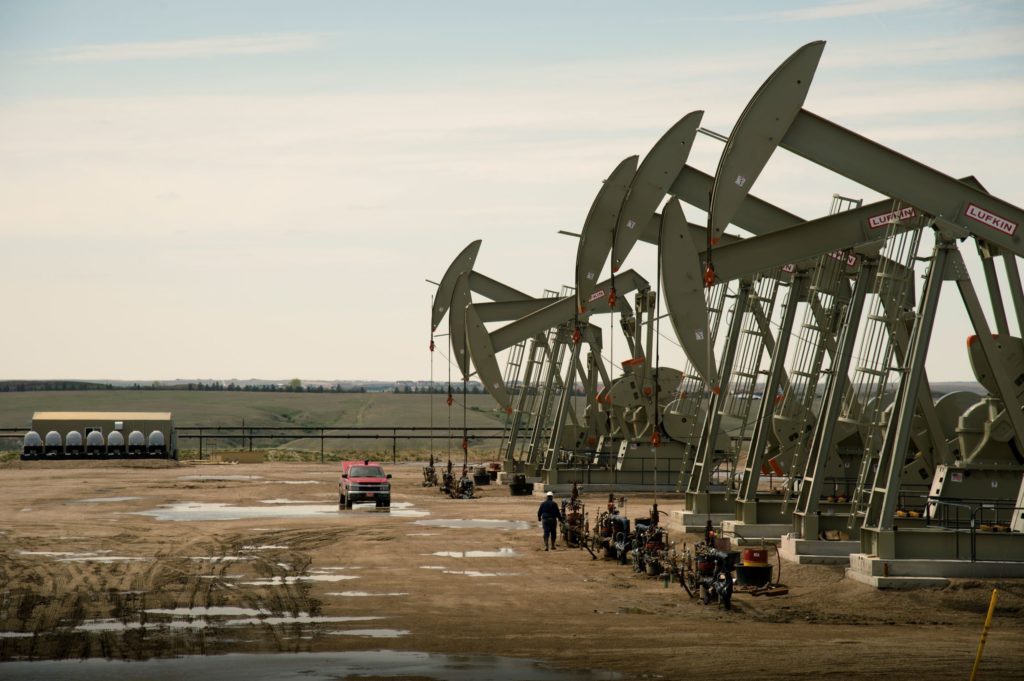 Caption: Pump jacks in North Dakota where regulators are considering whether oil prices have dropped so low, they must consider oil production to be “wasteful.” Source Equinor.

Faced with a proposal to reduce Texas oil production by 1 million B/D beginning 1 June if other producers cut another 4 million B/D, the Texas Railroad Commission put off a decision to consider options.

The motion was proposed by Ryan Sitton, the only engineer on the three-member board, who asked for a vote on a proposal that would require every operator in Texas producing more than 1,000 B/D to reduce production by 20% from its peak level.

Sitton acknowledged that he was asking his fellow commissioners, who unlike him are running for re-election, to do something that runs in the face of the free-market philosophy of so many Texas voters, and to do so quickly.

He pointed to this week's plunge in oil prices into negative territory, as just one sign of the industry’s rapid plummet that has led to mass layoffs.

“This is completely out of the ordinary. When I hear that the market is working. What part of this looks like the market?” he said. “I do not believe inaction on our part is acceptable.”

While other members of the board acknowledged the need to address the sudden loss of demand threatening the state’s oil and service companies, Commissioner Christi Craddick, a lawyer, questioned whether the proposal, based on the commission’s power to limit “wasteful” production, would stand up to a legal challenge.

“We need to make sure we have the legal grounds to do what is appropriate,” said Craddick. She said court challenges are inevitable and the commissioners need to be sure this will stand up to those challenges by consulting with Railroad Commission staff and the Texas attorney general.

Between now and the next meeting Sitton will ask the Railroad Commission staff to draft a plan to enact a production-reduction plan, while others research the law and reach out to other producers looking for a way to pull off the market millions of unneeded barrels of oil.

Railroad Commission Chairman Wayne Christian said he has been talking to the top energy regulators in Canada and North Dakota on quota setting and for ways to cut production. He is creating a “blue ribbon commission” of industry groups—all of which testified against production limits—and regulators to offer ideas.

Christian said Lynn Helms, director of mineral resources in North Dakota, told him the state was dealing with the supply glut in the Bakken shale.

The Governor of North Dakota, Doug Burgum, called an emergency meeting to consider an emergency order that would set the stage for action to reduce oil production by declaring oil sales at current prices a waste of the resource.

After meeting on 21 April, the North Dakota Industrial Commission decided to monitor oil price futures in the near term and determine whether a public hearing will be needed to address the complex problem.

Canadian officials offered advice based on their experience in managing reductions in oil-sands production due to limited pipeline capacity and depressed oil prices.

“I think it is time we need to get our information correct before we make a move alone and by ourselves in Texas,” Christian said.

The plan proposed by Sitton assumes that other producers will agree to cuts totaling 4 million B/D, or it will not take effect. The quotas will apply to operators producing more than 1,000 B/D and would be based on their highest production prior to the start of the cuts, Sitton said. Those who have drilled wells since the most recent production report could ask for a quota adjustment.

The quota system will automatically end when global demand returns to about 85 million B/D, about 85% of the level before the COVID-19 drop.

Implementation of a 1 June effective date would be a lightning-fast turnaround time for a state regulator, but the oil industry has been moving even faster to cut jobs and spending and is starting to reduce production.

While the morning meeting was taking place, the market opened with another round of sharp price cuts which will drive producers to reduce drilling and choke back production at a time when every barrel sold adds to their losses.

Rystad Energy estimated that a good part of the 400 million bbl of remaining crude storage capacity is located in the US, but at the current rate of production that could be filled up “within a few weeks.”

Near the end of the meeting, Christian described the problem not as a market out of adjustment requiring rapid production reductions by Texas producers, but as an international war for oil market share.

“There is a flotilla coming from Saudi Arabia with a lot of oil to the United States,” he said. While describing the challenges facing US producers, he added, “This is a war on our industry by a foreign adversary.”

Can Regulators Move Fast Enough To Fix a Shattered Market?