Independent natural gas and oil company Wintershall Dea and its license partners have made significant oil discoveries on the Polok and the Chinwol prospects in Block 29 offshore Mexico, just 12 km apart. The 4 May news came on the heels of the 7 April announcement that the company announced it had discovered oil at the Bergknapp prospect in the Norwegian Sea, close to the Maria field.

The Polok is a play-opening discovery in a well drilled to 2620 m; more than 200 m of net oil pay were encountered in two zones in the lower Miocene reservoir in the Salina Basin (part of the Sureste Basin).

The Chinwol-1 exploration well was drilled to a total depth of 1850 m and encountered 150 m of net oil pay from three zones in the lower Pliocene.

Polok and Chinwol are the first announced discoveries from Block 29, awarded in 2018.

The discoveries were made 88 km from the Mexican coastline of Tabasco and approximately 50 km from the Zama discovery in Block 7, where Wintershall Dea holds 40% stake. 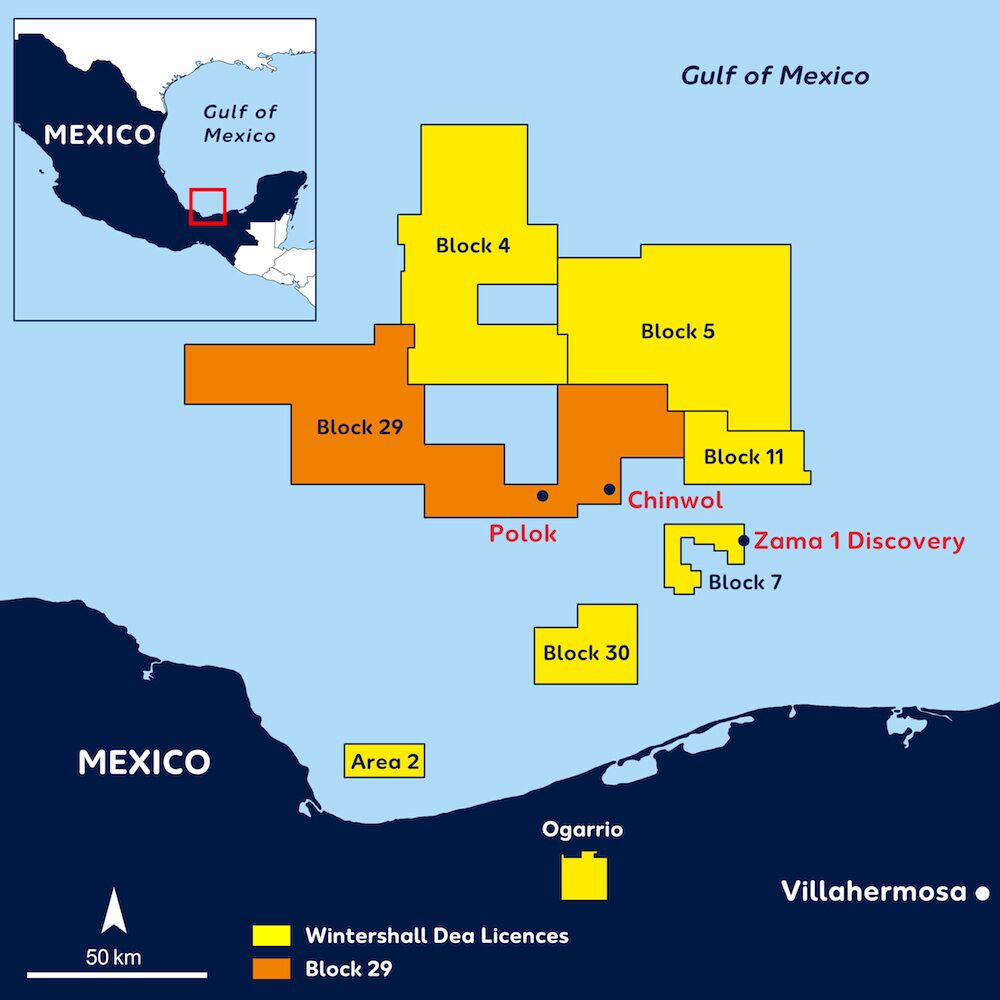