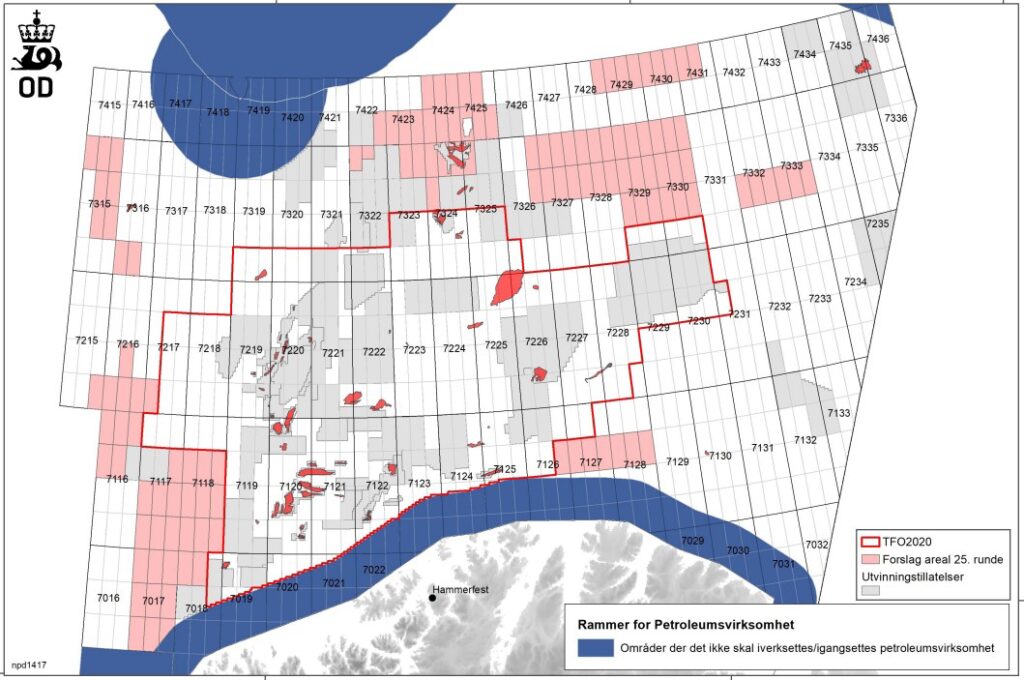 Norway is planning a major expansion of oil exploration in the arctic, adding a second licensing round set for approval this fall.

To further its ambition to build a new oil province in its arctic region, the Norwegian government will auction up to 136 new oil exploration blocks in a major licensing round, with 125 of those in the arctic Barents Sea.

“The expansion was needed to protect jobs and generate wealth,” said Tina Bru, who was appointed Norway’s Minister of Petroleum and Energy in January of this year.

“We need new discoveries to uphold employment and value creation,” Bru said, adding, “ … opportunities we now offer in the Barents Sea and the Norwegian Sea will be attractive to the companies and contribute to increased value creation and activity in the north over time.”

Norway is western Europe’s biggest oil producer with a sovereign wealth fund worth over $1 trillion.

Although not a member of the European Union, Norway participates in the Paris agreement to reduce emissions—except for those emissions produced by fossil fuels extracted from its territory and then used by others.

The exception has prompted opposition from environmental groups such as Greenpeace, whose Norwegian Chief Frode Pleym said, “Norway has failed to take the climate crisis seriously.”

Norway’s 25th licensing round was previously delayed by the debate over exploration scope, culminating in a compromise that left significant room for more arctic licenses.

The new round could open eight new regions of the Barents Sea, each with a range of 36 blocks, along with one region of the Norwegian Sea.

In November 2019, after several disappointing attempts in the southeast exploration region close to the maritime border with Russia, Equinor announced it will reduce its focus on the frontier areas of the Barents Sea. Instead, it intended to focus on more prolific areas such as the Johan Castberg region, located 72° north. At the time it was the northernmost field in production in the Barents Sea.

Rystad sees the new arctic opening as an invitation for the supermajors to return to the Norwegian Continental Shelf. “The exploration potential of the Barents Sea is still huge, despite a negative trend for the most recent exploration wells,” said Rystad Energy analyst Per Magnus Nysveen.

The twenty-fifth licensing round will be announced in the fall. An application deadline for the New Year is intended and the allocation is expected during the second half of 2021.

It is the second of two equal licensing rounds on the Norwegian continental shelf.

In mid-June, Norway announced the awards in predefined areas (APA) 2020 licensing round which comprises blocks in the North Sea, the Norwegian Sea, and the Barents Sea.

The APA round was introduced in 2003 to enable exploration of geologically mature parts of the NCS, in conjunction with other discoveries or utilizing existing infrastructure. It extended Norway’s predefined area by 36 blocks west of the Norwegian Sea.