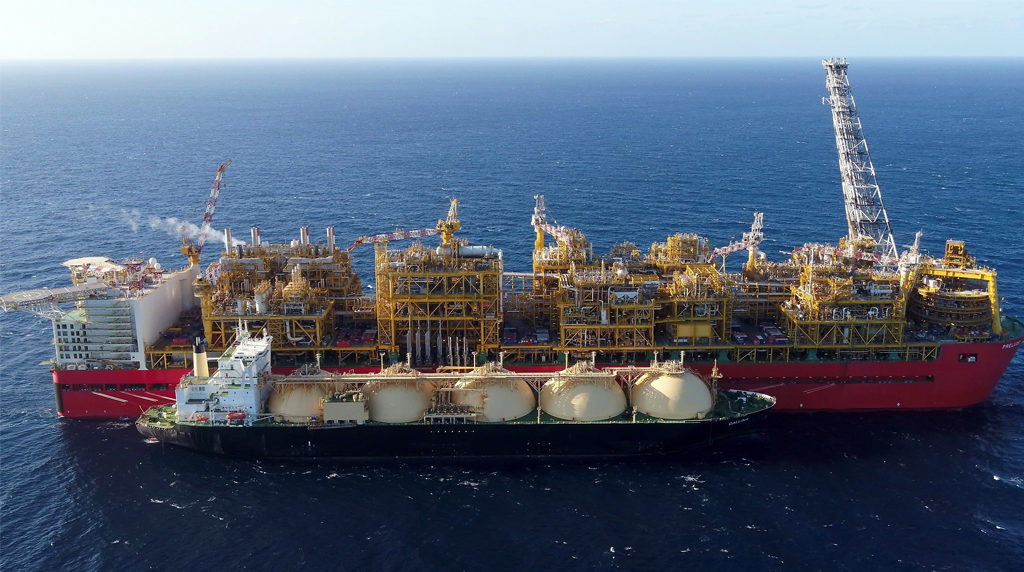 The Prelude is the largest floating structure ever built and provides liquified natural gas to markets in Asia. Source: Shell

Facing the prospect of a prolonged period of lower-for-longer oil and gas prices, Shell has announced that it will write down between $15 and $22 billion from several key projects. The Netherlands-based international major shared the news in an update to its second quarter earnings outlook that has been heavily shaped by the impacts of the COVID-19 pandemic.

Shell said the most-affected assets include its two major gas projects in Australia, a natural gas venture called QGC (previously known as the Queensland Gas Company) and the floating liquified natural gas facility Prelude. Shell valued the writedown of the two assets between $8 and $9 billion.

Shell will also assume a $4 to $6 billion loss on its upstream oil projects in the US shale sector and offshore Brazil. Up to $7 billion more in writedowns will come from Shell’s oil refining portfolio.

The losses are based on Shell’s projection that Brent crude prices will average $35/bbl this year and only $40 next year. By the mid-2020s Shell expects a ceiling of just $60. Its forecast of natural gas income is similarly dismal with a Henry Hub price prediction of $2.50/MMBtu between next year and 2022.

Shell also said its refining utilization may be as low as 67% this year due to the significant drop in fuel demand caused by the pandemic.

A note from international consultancy Wood Mackenzie pointed out that whenever oil companies cut back on their long-term price assumptions the valuation of their assets may fall below their value on the balance sheet, prompting an impairment charge.

Earlier this month, BP made a similar move in writing down $17.5 billion in the value of its assets. Wood Mackenzie estimates that the price crash and the demand destruction issued by the pandemic has removed $1.6 trillion in value from the world’s upstream oil and gas industry.

Luke Parker, vice president of corporate analysis at Wood Mackenzie, said: “The impairment Shell has announced is about more than an accounting technicality, or an adjustment to near-term price assumptions. It’s about fundamental change hitting the entire oil and gas sector. Within this writedown, Shell is giving us a message about stranded assets, just like BP did a few weeks ago.”

Parker continued, explaining that the financial headwinds facing BP and Shell are only a sample of a wider and transformative trend.

“Just a few years ago, few within the oil and gas industry would even countenance ideas of climate risk, peak demand, stranded assets, liquidation business models and so on. Today, companies are building strategies around these ideas,” he said. “Demand might still grow from here, and many companies are still chasing a share of that growth. But make no mistake, the corporate landscape is changing, and the majors are changing with it."