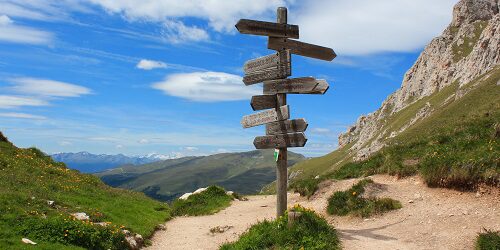 The story of shale is entering its third chapter, with unconventional resources at a historic crossroads. Shale 1.0 told the story of the commercialization of unconventional resources in the US and the drill-to-hold strategy that led to significant acreage position by many companies. Shale 2.0 recounted pad development and leaner manufacturing to boost production and revenues. During those two chapters, production from US-based unconventional plays altered the global hydrocarbon marketplace and shifted the strategic geopolitical impact of oil supply and demand. The US, once a net oil importer, became a net exporter, with production exceeding 12.9 million BOED, and achieved advances in exploration, drilling, completions, and production that are now being exported to help further advance the global energy landscape.

In a narrative arc, Shale 3.0 might be considered a plot climax wherein the story comes to a head and then moves toward its resolution. A broadly based shareholder movement together with the energy transition community is reminding the industry that it must do more to mitigate the harmful aspects of its environmental footprint while improving governance and fiscal responsibility. A matrix of obligations and challenges, spawned by environmental, social, and governance (ESG) investment ratings, now match the importance of late-life field optimization, parent-child enigmas, and the multidisciplinary puzzle of capital efficiency. Global economies and demand collapsed earlier this year in an unimagined and unimaginable pandemic/recession. Panelists from government, academia, E&P, and investing “came together” virtually on Monday, 20 July, to share their insights and outlooks on where the story will go from here in the 2020 Unconventional Resources Technology Conference (URTeC) opening plenary session.

“The coronavirus pandemic has frozen the global economy, and the energy industry is among the most seriously affected, but we are now in recovery mode and taking stock of the new landscape,” said keynote speaker Steven Winberg, assistant secretary of fossil energy, US Department of Energy.

According to Winberg, the US Energy Information Administration believes that the most significant decline in the consumption of petroleum liquids has already occurred and that consumption will recover over the next 18 months. He said he believes the long-term effects of the pandemic on oil and gas demand remain highly uncertain and that he doesn’t expect a return to 2019 levels before the end of 2021. However, he said he expects production and exports to return to previous and maybe even higher levels in the future.

“The US is in a better position than we were 10 years ago, and I am encouraged by strength of our LNG export capacity, which is still growing,” he said.

“If there is one thing we can be confident of, it is that we don’t know what the future price is going to be,” said Matt Fox, executive vice president and chief operating officer of ConocoPhillips, as he talked about what he called the “fundamental truths” for capital allocation in a capital-intensive, cyclical industry.

“It all comes down to the lowest cost of supply wins in a commodity industry,” Fox said. “We think this is by far the best metric for making capital allocation decisions—better than NPV [net present value], rate of return, or profitability index” he said, of the metric ConocoPhillips uses for 100 entities across its portfolio (Fig. 1).

A Story of Developing Nations and Unconventional Resources

“For most of the last century, world energy has been a tale of the haves and have-nots,” said Ken Medlock, James A. Baker III and Susan G. Baker Fellow in Energy and Resource Economics and senior director of the Center for Energy Studies at Rice University. “But that is changing as energy demand by end use shifts away from the countries that make up the Organization of Economic Cooperation and Development (OECD).”

Medlock said that the OECD, whose countries are home to 1.3 billion people, has driven all discussions regarding global energy and economics until the last 20 years. Sources of energy demand for the last 15 years have been outside the OECD.

“We will never return to a pre-2006 state. The energy landscape is now a story of developing nations,” Medlock said.

He explained that India, China, and Southeast Asia, which together are home to 3.4 billion people, have been seeing rapid economic growth over past 20 years and will drive more growth going forward, and Central Asia, Africa, the Middle East, and Latin America are home to approximately another 3 billion people.

“These countries will require energy delivery on a scale we’ve never seen before,” he said.

Energy choice also has been evolving since the first decade of the 21st century. The OECD, for example, has seen a dip in demand for oil and coal but not for natural gas. That dip grew in the 2010s and took in nuclear while renewables began to grow dramatically.

“Future growth will be in the developing world, and the low-cost producer will win,” Medlock said, adding that this puts the US—and particularly its unconventional resources—in a good position to use innovation to drive down the costs to help deliver energy services in an environmentally sustainable way.

A key reason, he said, is that ESG offers potential for the US to lead with environmental motivation for delivering energy services more sustainably. For example, as natural gas demand has displaced oil and coal, it has created opportunities to ship LNG from the US to Asia to offset coal there.

“ESG pressures are mounting,” continued Medlock, citing a story about Morgan Stanley beginning to take a more active role in reporting overall greenhouse-gas-emission metrics in its own investment portfolio.

“Twenty percent of that is non-CO2 emissions such as methane, nitrogen oxide, and other gases,” Medlock said. Some are process emissions; others occur in production and can be avoided.

“Companies are already taking aggressive steps to abate those emissions and have a meaningful impact on the sustainability of their footprints. This is where the US can lead as we move forward from the pandemic.

“The opportunities are largely in the Western Hemisphere and in new frontiers. That definitely puts unconventional resources front and center in the conversation,” he said.

“The global pandemic/recession slashed oil demand by 20% in April but couldn’t kill it, and now there is much activity and opportunity for an industry growing modestly,” said Bob Brackett, senior vice president and senior research analyst at investment firm AB Bernstein.

To take advantage of that opportunity, unconventional resources, like the rest of the industry, will need to convert negative revenue to positive revenue by “going where the money is”—to ESG.

“The oil and gas investor community cares about ESG because that is where the money is,” Brackett said. “Most unconventional production comes from public, not private, companies. Who owns them?”

“This is pension and 401(k) money,” Brackett explained. “About $1 trillion of this has flowed out of active investors who would make active decisions about buying and selling stocks, and it has flowed into these passive funds that track other funds.

“On the other hand,” he continued, “active ESG equity funds are small but growing up to a couple of hundred billion dollars. People are saying, ‘I want a human to look at a company from an ESG lens and a financial lens and recommend companies that will perform on both.’”

Companies’ boards and executives are beholden to Wall Street, Brackett said, as is their ability to get capital. Therefore, a strong ESG lens matters.

“Anytime a company is burning methane, it’s throwing away the opportunity to turn lost revenue into positive revenue,” Brackett explained.

In the case of an oil spill, “it’s no longer just the price of cleaning it up. It’s the price of punishment—court costs and settlements—and investors will walk away,” he said.

To fully leverage the opportunity to turn adversity to opportunity, Brackett said the industry needs to think more holistically about its assets, considering that they are not just oil and gas, but oil, gas, natural gas liquids, and potentially water-producing gas.

There are other choices to be made. As Wall Street has shifted its emphasis from production and quick capital generation to free cash flow and technological innovation that can make wells twice as good for half the cost, companies need to follow suit and address challenges that are endemic to the industry.

“What if oil were to return to $50–$60 per barrel? It is the industry’s choice whether or not to chase the next cycle. We should act like the mature industry we are rather than creating bubbles that burst. Oil demand grows at one-half of gross domestic product. The industry should reinvest 50–70% of cash and give the rest back to the investors,” Brackett said.

“Oil and gas doesn’t have a good reputation for protecting shareholders’ investment,” he said. “Our tendency is to grow too quickly vs. delivering real returns. The real test is coming out of this downturn.”