Tomorrow’s US Fracturing Fleet Will Be Smaller Than Usual, but Better Than Ever 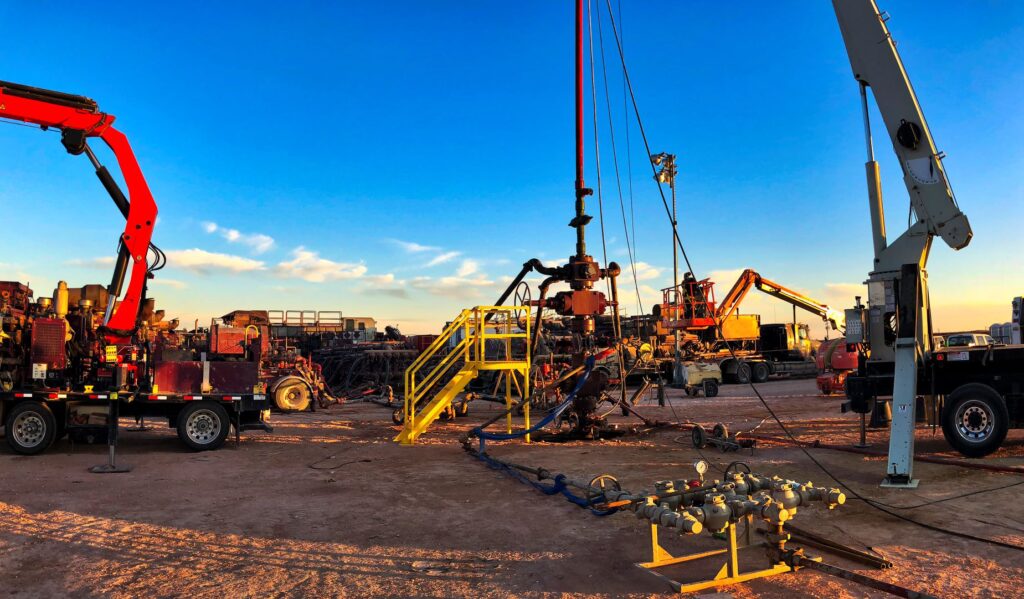 In its latest analysis of the US onshore sector, consulting and market research firm Rystad Energy said that the recent 55% drop in annual spending by shale producers has accelerated a major transformation of the pressure-pumping business.

It is to become a more efficient business, however, margins will be ever tighter as pressure-pumping firms compete for smaller slices of a shrunken market. Among Rystad’s key projections is that active pressure-pumping fleets in the US will remain at historically low numbers for at least the next 3 years and possibly longer.

“There’s been a structural shift down in demand,” said Thomas Jacob, a vice president with Rystad. Speaking during the 2020 Unconventional Resources Technology Conference (URTeC) that was held online for the first time ever, Jacob emphasized that to see the bigger picture one needs to look beyond today’s low oil prices.

While Rystad predicts WTI prices to rebound above $60/ bbl within the next 2 years, horsepower demand may not rise accordingly as it has in the past as the result of efficiency gains that have recently achieved sectorwide status. Plus, there are a few new tactics sitting on the cusp of broader uptake.

“All that means you don’t need as many frac crews as you did in the past,” said Jacob.

In the months before the global pandemic, there were around 325 active fracturing fleets spread across all tight-rock basins in the US. By April, when global oil prices hit their lows, there would be less than 50.

While the numbers have bounced back into the 70s, Rystad does not expect the total breaching 100 until sometime next year.

Rystad’s analysis suggests that even if the number of annual well completions were to get within relative striking distance of 2019 levels by 2023 (14,300 wells vs. a projected 13,900 wells), the average horsepower requirements will equate to only about 275 fracturing fleets and no more than 300. This is instead of an upper limit that would be closer to 350 under previous circumstances.

Among the trends Jacob said are enabling each remaining crew to touch more wellheads is the rise of co-developeded wells which are stimulated together. The traditional alternative is to develop so-called “parent” and “child” wells that are on the same pad but completed months and sometimes years apart.

Zipper fracturing, which allows crews to sequence co-developed well operations to avoid downtime, has also become firmly established—achieving near ubiquity in Colorado’s DJ Basin and parts of the Permian Basin of Texas. Overall, Rystad reports that 82% of US horizontal wells were zipper fractured in the first quarter of this year.

Aside from these two shifts, which took most of the past decade to unfold, Jacob highlighted other developments likely to further reduce capital requirements in the next decade.

One of them involves simply using wider fracture-stage spacing.

In recent years, tighter stage spacing became a popular way to access more of the reservoir. However, it increases the number of wireline runs and plug drillouts “so the amount of time that you need to complete a well is actually high,” explained Jacob. He pointed out that for a period between 2016 and 2017 the move to add stages “artificially” drove up demand for fracturing horsepower.

The trend back to wider stage spacing is reducing horsepower needs most prominently in the Delaware Basin where operators have increased the distance between stages by 24% since just last year. As a result, the area’s average stage count has dropped from almost 38 to about 30.

The next step change in completions efficiency may be simultaneous fracturing, or “simul-frac,” which uses a single pressure-pumping fleet to stimulate stages in two wells at the same time.

“What that does is significantly increase the amount of footage per day [and] proppant pumped per day,” said Jacob, sharing that, “We think that in 1 or 2 years from now it will be pretty standardized.”

QEP Resources was highlighted during his URTeC presentation because it uses both wider stage spacing and the simul-frac technique. Since the first half of 2019, QEP has averaged just over 2,400 ft of simulated wellbore each day—the highest figure in Permian Basin and nearly 40% higher than international supermajor Chevron’s regional average.

As these results are increasingly acknowledged, Jacob said that a crowd of fast followers is forming. “A lot [of operators] are experimenting with this and some of them just this month shared with me that they see the benefits and that they want to try it out,” he said of the simul-frac method.

Service Price Deflation. As with all downturns, the cost of services finds itself pressured downward. In today’s case, Rystad has learned that initial price cuts tend to be about 5% and sometimes are more than 10%.

These discounts have come after working years to bounce back from the last downturn’s concessions. A new ascent will take as long, or longer, according to Rystad, which forecasts no price recovery on services for at least the next 5 years. “Lower margins are something that service companies will need to bake in if they have to survive in the new decade,” said Jacob.

He noted that today’s stage was largely set during the last downturn when many service companies attempted to maintain key relationships with operators by offering work at below cost. Meanwhile, operators sought deeper savings by “debundling” certain supplies and services traditionally provided by pressure pumpers. Most notably this has involved operators directly sourcing sand, chemicals, and increasingly, their own fuel to run the pumping units.

Rystad’s conclusion: being systematically cut out of the supply chain has left pressure pumpers—who account for the highest spend rate on the service side—with much less leverage to raise prices even as activity levels bounce back.

The Effects of ESG. To cut down on emissions and increase fuel efficiency, some shale producers have begun to move away from diesel-powered pumping units. In their place are new, but more expensive, alternatives that include direct-drive, dual-fuel, and electric fleets. Jacob expects this trend to continue but pointed out it raises big questions about current business models.

Preceding its recent filing for bankruptcy protection, BJ Services was among the companies that lost significant work to electric fleets, according to Rystad data. The firm considered this outcome as a clear sign that such offerings will be one requirement of staying competitive in the future.

The downside though is that service companies investing in technologies with longer-return cycles are also confronted with the reality that the lower-emission fleets currently hold no price premium over diesel fleets. In a vastly oversupplied market, it remains unclear how long it might take for an advantageous arbitrage to return.

Describing the situation as a “disconnect,” Jacob added that all the benefits of the fuel savings also go to the operators, not the service companies who own these new fleets. “It’s been a big challenge,” he said, noting that shale producers are aware of the need to protect “supplier health,” but as of yet, “nothing is being done.”

Well Designs. Pressure pumpers should not rely on bigger wells to help inflate margins. With a few exceptions, Rystad’s data suggest that lateral lengths and proppant intensities are reaching a steady state as operators start to adopt standard practices for each basin. As a result, the sector may be approaching firm limits on how much capital is deployed downhole.

Capital Discipline. A decade ago, investors funneled into the unconventional market to fund companies that could grow production quickly at $100/ bbl. As of last year, the investors pushed the sector to focus on generating positive returns. By the fourth quarter of 2019, Rystad found that within a group of 39 shale producers about 75% had achieved the free cash flow goal. The key takeaway is now that operators have become more fiscally focused, oilfield service companies will have to follow suit.

Tomorrow’s US Fracturing Fleet Will Be Smaller Than Usual, but Better Than Ever