BP announced a second-quarter and first-half 2020 loss on 4 August and also said it was cutting its dividend to shareholders for the first time in a decade. But that wasn’t the biggest news. The company also laid out its action plan for achieving its net-zero ambition and reshaping its business.

“In February, we set out our ambition to become a net-zero company by 2050 or sooner and help the world get to net zero,” said BP CEO Bernard Looney. “Rightly, there were questions about how we would do it and what the milestones would be along the way. So today, we are announcing a new strategy that will reshape our business as we pivot from an international oil company focused on producing resources to an integrated energy company focused on delivering solutions for customers.

“The global spread of coronavirus only reaffirms the need to reinvent our company,” Looney continued. “We believe this new strategy provides a comprehensive and coherent approach to turn our net-zero ambition into action.”

The pivot strategy, which has earned positive comments from Wood Mackenzie to Greenpeace, is built around what BP refers to as three focus areas of activity and three sources of differentiation.

Activity focus areas will include the following.

Sources of differentiation will be designed to amplify value and will include the following.

BP noted it was not starting from scratch in its reset. The company’s Lightsource BP joint venture is now in 13 countries. It has entered into an electric vehicle charging partnership with Didi Chuxing in China. It also maintains convenience partnerships with retail and tourism groups, Marks & Spencer in the UK and Rewe in Germany, where it is building scale and capability. 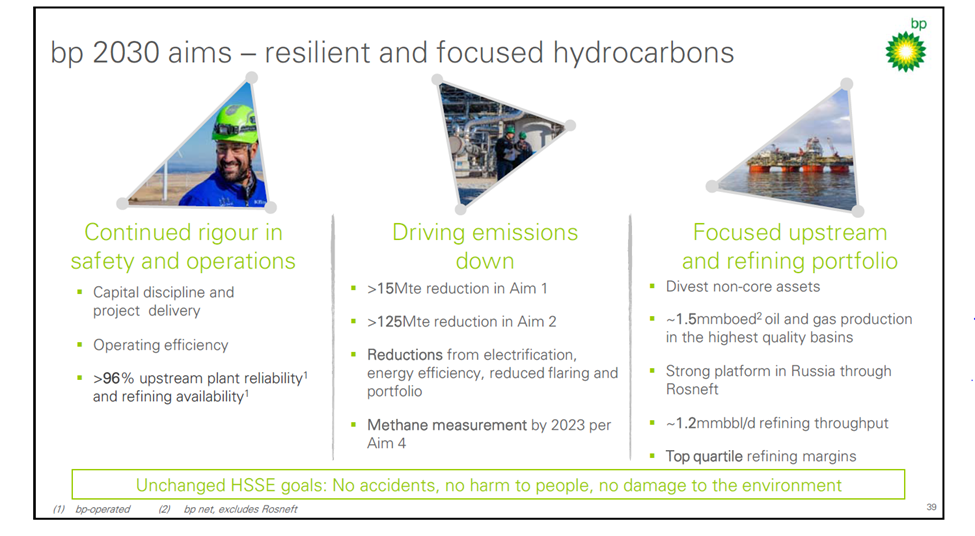 Fig. 1— BP’s 2030 goal of resilient and focused hydrocarbons reflect the fact that hydrocarbons are likely to be the key source of earnings and growth in returns over the next several years, said Giulia Chierchia, executive vice president, strategy and sustainability, during the company’s earnings call.

“The measures BP has taken so far aren’t unique, either in the current slump or in the periodic downturns that have afflicted the industry over the decades. But there’s a symbolism that wasn’t there before,” said Luke Parker, vice president of corporate research for Wood Mackenzie. “Quitting a core business like chemicals is a good way to show that the future looks different. Taking an ax to billions of dollars of oil and gas asset values demonstrates that ‘you’re a company that believes this transition is going to happen and that the world will be on a 2-degree path,’” Parker said.

“Reducing BP’s $8-billion annual shareholder payout would address the biggest unanswered question about Looney’s transition plan: Where is the money going to come from?” Parker commented.

“[Looney] is giving himself financial headroom to transform the company for the energy transformation,” said Bloomberg News.

Even Greenpeace had a positive response to the strategy announcement. Mel Evans, senior climate campaigner for Greenpeace UK, said, “BP has woken up to the immediate need to cut carbon emissions this decade.”

During the earnings call, BP reported loss for the second quarter of 2020 of $16.8 billion, compared with a profit of $1.8 billion for the same period a year earlier. The loss included a net post-tax charge of $10.9 billion for nonoperating items, of which $9.2 billion was in post-tax noncash impairments across the group.

Organic capital expenditure in the first half of 2020 was $6.6 billion, on track to meet BP’s revised full-year expectation of around $12 billion, announced in April.

Net debt at the end of the quarter was $40.9 billion, $10.5 billion lower than in the first quarter.

BP’s redesign of its organization to become leaner, faster-moving and lower-cost, should contribute significantly to the company’s planned $2.5-billion reduction in annual cash costs by the end of 2021, relative to 2019, said the company in its earnings call. Restructuring costs of around $1.5 billion are expected to be recognized in 2020.

The company said the ongoing severe impacts of the COVID-19 pandemic continue to create a volatile and challenging trading environment and cited the following statistics and predictions.

“These headline results have been driven by another very challenging quarter, but also by the deliberate steps we have taken as we continue to reimagine energy and reinvent BP,” said Looney. “In particular, our reset of long-term price assumptions and the related impairment and exploration write-off charges had a major impact. Beneath these, however, our performance remained resilient, with good cash