Five blocks offshore the small island nation of São Tomé & Príncipe are included in the deal. Kosmos was to be the operator of three of those blocks where its interest position ranged from 25% to 59%. In the lone South African block, Shell’s nonoperated interest will rise from 45% to 90% with South African OK Energy holding the remaining share.

The figures work out similarity for the block offshore Namibia where Shell’s operator interest will double to 90%. The other 10% of this block is controlled by the National Petroleum Corporation of Namibia. Offshore Suriname, Shell will gain a 33% and a 50% interest in two more blocks operated by Kosmos.

The so-called farm down agreement includes a contingency that could net Kosmos an additional $100 million if at least two of the first four exploration wells are considered commercial successes. A joint statement from the companies said three of those wells are planned to be drilled next year, however, it did not specific where.

Kosmos will use up to one-third of the $100 million to fund two well tests in the Gulf of Mexico. The company noted that these wells would be developed using existing offshore infrastructure which would lower both costs and the project’s carbon footprint. The rest of the cash will be used to pay down the company’s debt.

The deal, expected to close by year end, will leave Kosmos with an exploration portfolio holding more than 6 billion barrels of estimated reserves in the Gulf of Mexico and West Africa. The company said the deal will also free it of a combined $125 million in capital and staff costs over the next 2 years. 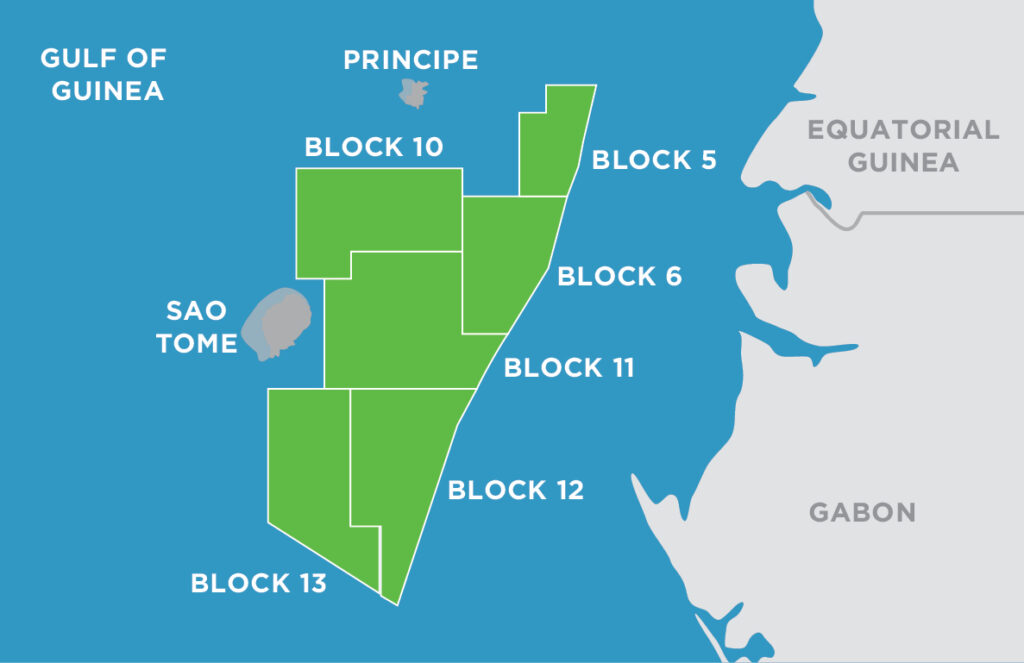 A map of the five blocks offshore São Tomé & Príncipe that Kosmos is handing over to Shell as part of a $100-million deal. Source: Kosmos Energy.