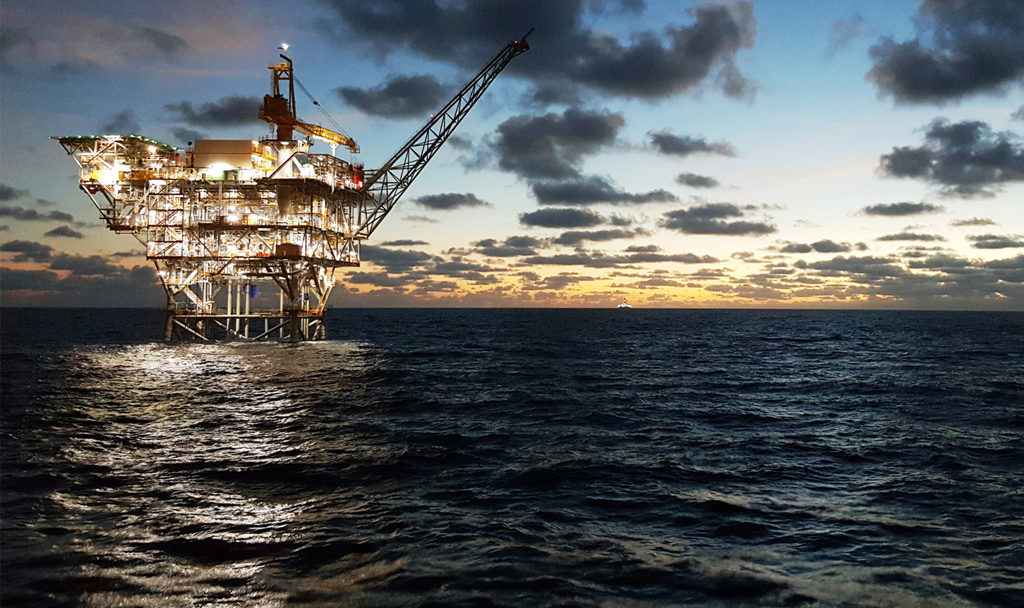 BP
BP’s Juniper platform offshore Trinidad. The company chose McDermott and BHGE to provide FEED studies in advance of an EPCI contract for its Tortue/Ahmeyim field offshore Mauritania and Senegal in West Africa.

BP will award subsea contracts to McDermott and Baker Hughes, a GE company (BHGE) for its West African Tortue/Ahmeyim offshore development. The two companies were chosen for front-end engineering design (FEED) studies in advance of an engineering, procurement, construction, and installation (EPCI) contract for the development, a major gas project located on the maritime border of Mauritania and Senegal in West Africa.

During the initial engineering phase, McDermott will work on defining the subsea umbilicals, risers, and flowlines scope for the project, while BHGE will focus on the subsea production system scope. Teams from McDermott and BHGE will perform the project management and FEED work from McDermott’s Epson facility in the UK. The FEED is scheduled to finish this year. In a statement, McDermott said the agreement contains a mechanism to allow transition of the contract to a lump sum EPCI contract at a later date.

“Increasingly, industry players are looking for commercially innovative business models and integrated offerings that reduce costs while increasing efficiency and productivity,” Gillies said. “This is an excellent example of how the industry has evolved its approach, with global operators now embracing the benefits of early engagement with OEMs and service providers.”

McDermott expects to use its Project Lifecycle Management module from its Gemini XD digital platform to execute the project and develop a “digital twin” of the complete system.

Tortue/Ahmeyim is located in the C-8 block offshore Mauritania and the Saint-Louis Profond block offshore Senegal. Kosmos Energy discovered Tortue and farmed its investment to BP in December 2016. BP now has the largest interest among the four partners in the project and is the operator. The final investment decision on the project is expected sometime in 2018 and first production is anticipated in 2021. The field is expected to contain more than 25 Tcf of gas.

The initial subsea infrastructure connects the first four wells consolidated through production pipelines, leading to a floating production, storage, and offloading vessel. From there, liquids will be removed and the export gas will be transported via pipeline to the floating liquid natural gas (FLNG) hub terminal where the gas will converted into liquefied natural gas (LNG).

This announcement comes nearly a month after the governments of Mauritania and Senegal agreed to enable the project’s development. The intergovernment cooperation agreement provided for the development of the Tortue/Ahmeyim field through cross-border unitization, with a 50/50 initial split of resources and revenues along with a mechanism for future equity redeterminations based on actual production and other technical data.

Last August, KBR was contracted to provide pre-FEED and support services for Tortue/Ahmeyim. In October, CH2M was awarded a marine engineering support contract on a hub facility that will provide breakwater-protected berths for a FLNG production unit and for international export of LNG.