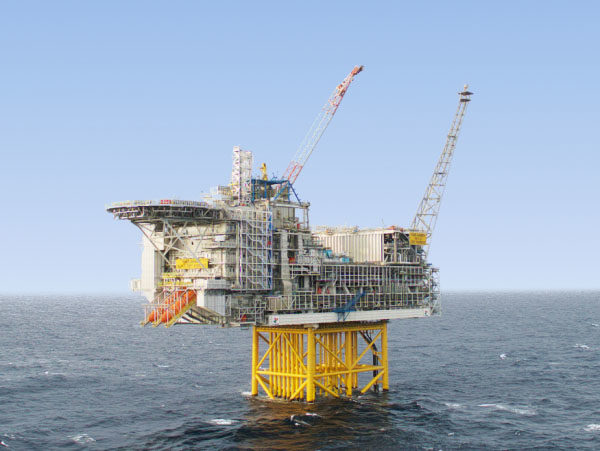 An application at the forefront of the accelerating digitalization of offshore exploration and production (E&P) is remote condition monitoring (CM) of platform equipment, especially with a unique data-sampling technique called time stamping. CM tracks the performance data of equipment, watching for deviations from baseline performance benchmarks. Any unexpected variances from those established baselines may indicate a developing fault in systems found typically on offshore platforms. Technicians can then be dispatched to further investigate or service the equipment, targeting root causes of the variances—an approach called condition-based maintenance (CBM).

The CBM approach has shown that it can improve reliability, availability, and asset use. At the same time, it is believed to help boost operational safety by keeping platform maintenance staff to a minimum as well as the risks (and costs) inherent in flights to and from the platform for personnel shifts. In addition, CBM helps optimize the platform inventory of spare parts, maintaining inventory levels more precisely and with fewer unnecessary stocks. This frees capital that might otherwise be tied up by a traditional maintenance approach.

The Ivar Aasen platform is located in the North Sea’s highest latitudes, approximately 450 miles south of the Arctic Circle and 112 miles east of the Norwegian coast. Water depths average 360 ft. The field’s reserves are estimated at some 186 million BOE.

Despite the extreme challenges and costs of North Sea production, the platform operator’s management has made a publicly stated goal of driving its overall production costs to under $7/bbl. It therefore sought to digitalize as much of the platform’s operations as possible, starting in initial project design and engineering. The actual scope of work was broader than CM-enabled CBM, because the operator wanted to implement a fully integrated package of electrical, instrumentation, control and telecom (EICT) functionality—what might be considered the platform’s nervous system. Unifying the EICT helped reduce project risk significantly by keeping the number of vendors involved to a minimum, along with their different EICT interfaces. It also simplified and streamlined procurement, integration, testing, and support.

For assistance in the platform’s digitalization, the operator chose a global, third-party EICT contractor in the project’s earliest stages. The prime EICT contractor worked closely with the operator’s engineering team in the design, engineering, fabrication, integration, testing, commissioning, and support of this EICT solution, while also assuming responsibility for the integration of hardware and software packages from 20 third-party suppliers.

The EICT package design linked the platform’s plant and process designs to the commissioning phase. By integrating the engineering of the design and layout at the basic design stage, the contractor made it easier to identify critical issues and their solutions much earlier in the project. This virtual approach—in effect, creating a “digital twin” in software for much of the platform’s infrastructure—helped to optimize design and engineering early on, preempting later changes that would have been costly and disruptive to the project’s many interrelated schedules. This saved time and improved quality in subsequent project phases. It also created additional savings through better interface coordination and standardization.

The platform’s fully integrated EICT package was built on a proven process-control system using software code libraries for the oil and gas industry, plus field instruments, electrical distribution systems, and telecommunications. Two identical control rooms were built, one for the offshore platform and the other onshore in Trondheim, Norway, 620 miles from the platform. The twin control rooms were linked by redundant, highly secure connections over a subsea fiber-optic network.

Putting the digital-twin concept into practice, the Ivar Aasen project reached operational stability and first oil in weeks, if not months, sooner than it would have if the operator had taken a more-fragmented, conventional approach. This achievement was helped greatly by the digital-twin infrastructure model that includes a process simulator being used for training of personnel and finding good control-loop parameters before startup. Also important was extensive onshore factory-acceptance testing of all third-party systems before final assembly.

Getting to first oil even a month sooner provided the platform’s owner with a much faster time-to-cash, breakeven, and return on investment: 60,000 B/D production capacity at $50/bbl just 30 days sooner translates to $90 million in accelerated cash flow to the company.

CBM supported by remote CM is especially suited for distant offshore applications, particularly when operating in the North Sea. The cold, harsh marine environment there is among the most punishing in the world, constantly exposing platform equipment to penetrating, corrosive sea air. Today, the Ivar Aasen platform equipment is comonitored from the Trondheim onshore organization, which can use its normal office facilities where the dashboard solutions bring detailed information to the different stakeholders, providing CBM oversight and engineering support. This also provides vendors with access to the CM data, helping them to view their respective parts in support of platform maintenance work.

Aboard the platform, the dual control room facilitates visibility, communications, and interactions between onboard technicians who do more hands-on work, and their onshore counterparts, who support them in managing the CM. The jobs of the onshore technicians are much the same as if they were aboard the platform, except they are not subject to its weather and the relative privations of the physical conditions.

Time stamping of performance-related events is a unique technology from the EICT contractor deployed inside the platform’s CM-based CBM model. Conventional CM methods sample time intervals (e.g., every third second). But a problem is posed by the fact that time sampling might catch one anomaly while missing another, especially if multiple events are recorded in one sample. With two or more events occurring in a single sample, it is impossible to know their sequence and therefore determine cause and effect. Time stamping is a data-acquisition method based on a unique sensor and software technology. It enables time synchronization across all sensing units, identifies variations, and “time stamps” associated with events. It tracks whether conditions change and when, to the level of a few milliseconds. This capability enables remote operators to see the exact timing and order of event sequences. This makes it easier to identify and distinguish correlation and causation, which are two important means of determining a problem’s root causes. Time stamping can also accelerate troubleshooting by making data analysis more precise, reliable, and insightful and, by reaching resolutions faster, it can help limit costly production disruptions.

CM and CBM for Rotary Equipment

On arrival at the monitoring facility, compressor-train data are decrypted, anonymized, and stored in parallel redundant databases behind firewalls for additional security, backup, and disaster recovery. After the initial security processing, the data are analyzed using a unique and sophisticated compressor performance agent, which is a custom-coded industrial software application. It compares as-designed and as-factory-tested performance parameters of the compressor and its train with the actual incoming performance data. Then it applies advanced data-analytics and pattern-recognition software, which processes complex events in the data, searching for deviations from normal, expected behaviors. The software generates heat maps showing compressor-performance curves and other graphic data representations to provide control-room engineers with operating insights for specific compressors. If deviations occur, the assigned diagnostic engineers, who are compressor-technology experts, are alerted so they can immediately begin investigating potential root causes, not only with the compressor but its entire train, whether it is driven by gas or steam turbines or electric motors. In the case of a singular compressor-train-performance anomaly, when a likely cause is identified, a notification is sent to the operator, along with a risk assessment and suggested course of action.

To drive production costs toward its $7/bbl target for the platform, the operator plans unmanned, fully automated offshore platforms that are onshore-monitored, just as its model CBM platform is today. Even more importantly, the platform’s high-fidelity digital twin—spanning the entire platform, its equipment, and its processes—created during the design and engineering phases will stay viable for the entire life cycle of the facility. This will enable engineers to test ideas for enhancements before committing them to deployment. It will also enable the fast prototyping of new offshore platforms, only modifying the base model design and engineering to accommodate variations in operational and environmental conditions, including different depths, seafloor topologies, and the number of wellheads. This approach can help E&P operators dramatically accelerate their digitalization efforts while also reducing project cycle times dramatically, minimizing unplanned downtime, and reducing offshore manning for operations and asset monitoring. This model can transform offshore production with significant upside potential for profit margins.

This article, written by JPT Technology Editor Chris Carpenter, contains highlights of paper OTC 29046, “Harnessing Data Effectively To Develop a Low-Manned Platform in a Remote North Sea Operating Environment,” by Edmund Knutsen, Siemens, and Morten Ileby, Aker BP, prepared for the 2018 Offshore Technology Conference, Houston, 30 April–4 May. The paper has not been peer reviewed. A video of the presentation of the paper can be found here.