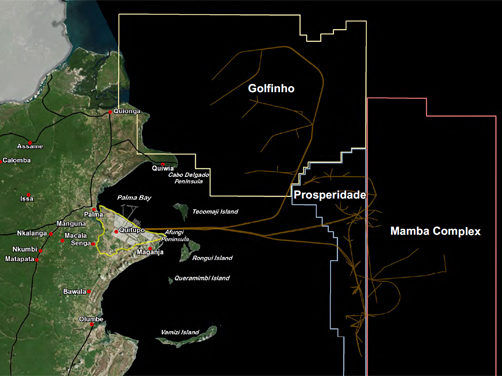 Anadarko announced a pair of sign and purchase agreements (SPA) on the Mozambique LNG project that is gradually moving toward sanction. Mozambique LNG1, the sales entity jointly owned by Anadarko and other co-venturers in Mozambique Offshore Area 1, signed SPAs with Shell and Tokyo Gas and Centrica. Shell’s deal will call for 2 mtpa over a 13-year period, while the Tokyo Gas deal calls for 2.6 mtpa from production startup until the early 2040s.

Anadarko is developing Mozambique’s first onshore LNG plant, which will consist of two initial LNG trains with a total nameplate capacity of 12.88 mtpa, to support the development of the Golfinho/Atum field located entirely within Offshore Area 1.

The Tokyo deal is the second supply deal announced with a major Asian buyer in the last week. Mozambique LNG1 also reached an agreement with CNOOC Gas and Power Singapore for 1.5 mtpa over a 13-year period.

Tellurian CEO Meg Gentle outlined how the US LNG market should address expected tight market conditions through 2025 while managing a transition to a carbon neutral environment.