Subsea is Back in Black

The going has been tough for the subsea market in recent years. From its record high in 2014, purchases of subsea equipment and SURF [subsea umbilicals, risers, and flowlines] fell around 50% until reaching a low in 2018. But things are looking up, and new data suggest that the subsea market will be a top-performing oilfield service (OFS) segment

When looking at different OFS market segments from 2018 to 2023, Rystad Energy expects the subsea market to outpace other market segments with 10% yearly growth, compared to 6% for the OFS markets in total. The market for subsea equipment, for example the procurement of subsea wellheads, subsea trees, manifolds, control modules, etc., is expected to lead growth with as much as 12% year-on-year increase. The market for SURF, namely procurement and installation of umbilicals, risers, and flowlines, as well as installation of subsea equipment, follows close behind subsea equipment with an expected 11% yearly growth.

Taking a deep dive into the installation series of subsea equipment can reveal where exactly this spending growth has originated from. 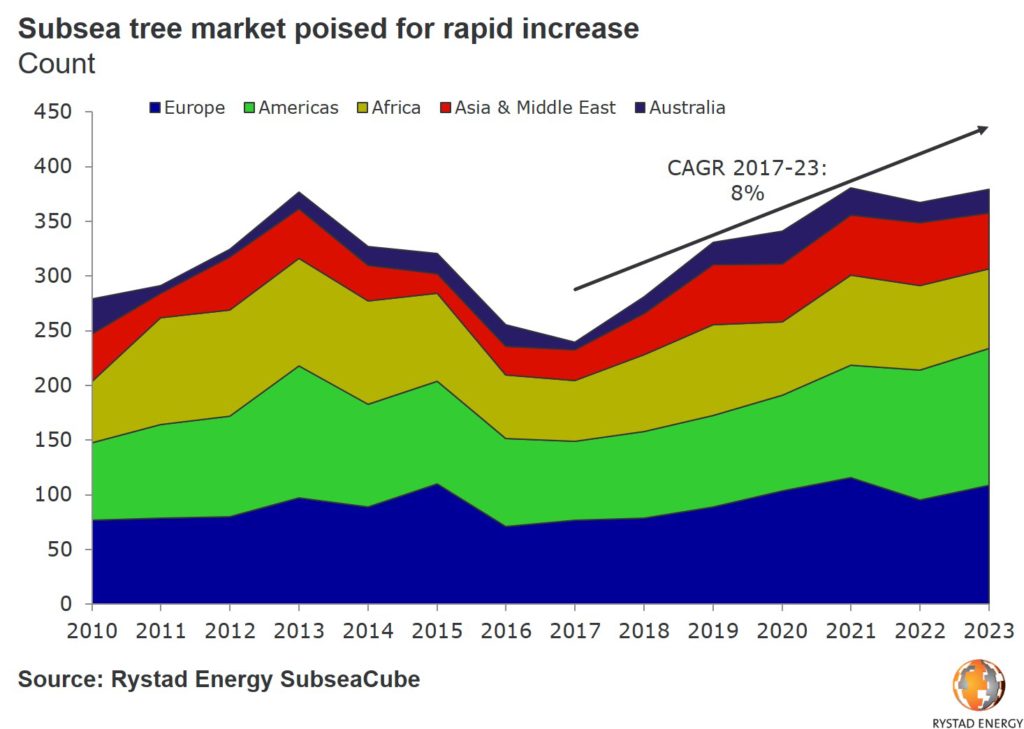 The wave of subsea development wells anticipated in the coming years is behind the forecast increase in subsea equipment spend. Norway and the UK are already leading the way when it comes to the installation of subsea trees. Growth in the western European countries is expected to continue until 2021, at which point the Americas are predicted to take the lead with an expected FPSO boom in Brazil, as well as the continued development of the Stabroek block in Guyana. The Americas have recently dominated ultradeepwater installations, and we see this lead strengthening in the years to come. 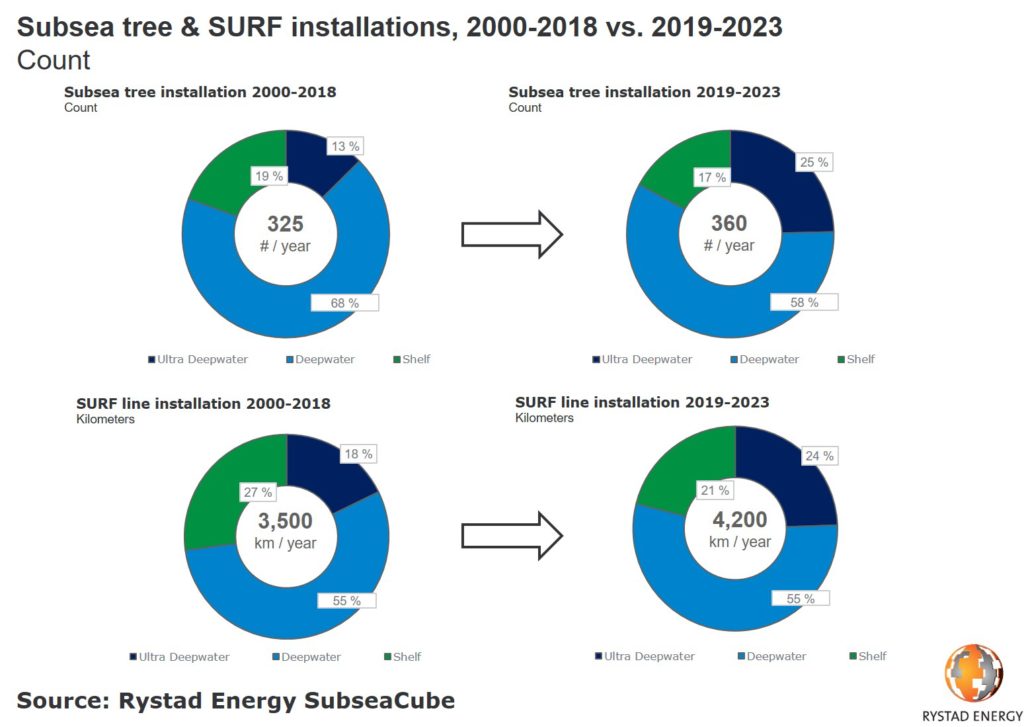 For suppliers the downturn has been challenging, putting margins under pressure. Low margin projects awarded during 2015 and onward are currently being executed, causing margins for subsea players to continue to decrease during 2018. Margins in 2018 dropped by one percentage point year on year on average. On a more positive note, the fourth quarter of 2018 marked a milestone for the market. After 15 consecutive quarters of year-on-year declining revenues for subsea suppliers, the trend was finally broken and the blended quarterly revenue growth for Q4 2018 stood at 9% year on year.