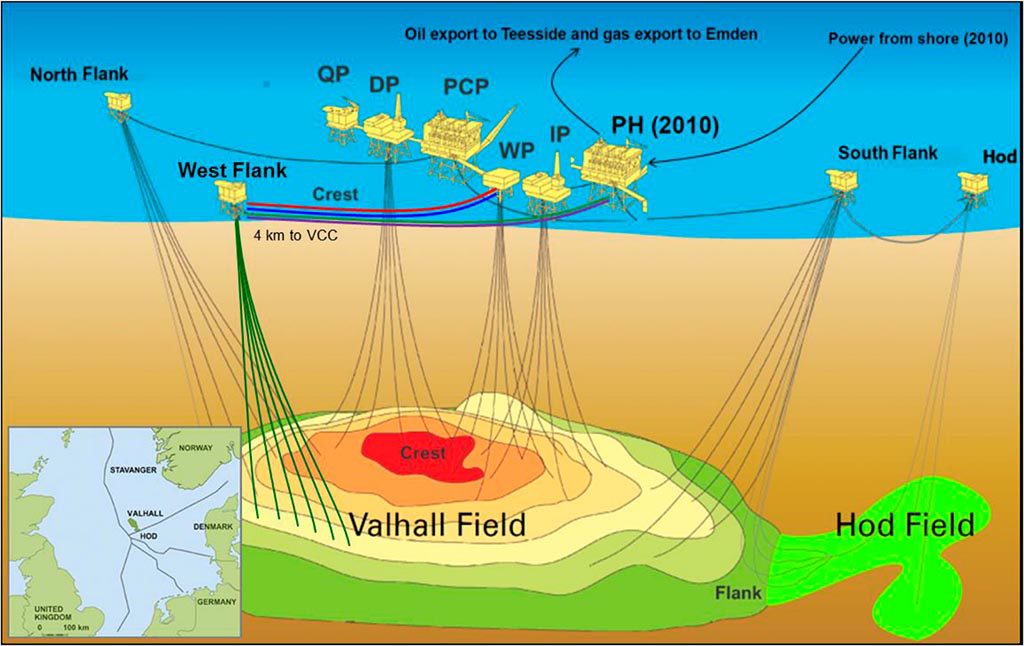 This week the Valhall Flank West topsides was moved outside at the Kvaerner Verdal yard. The crane and helideck have been installed. First oil is slated for late 2019.

In January 2017, the Valhall and Hod fields in the southern Norwegian North Sea surpassed 1 billion BOE produced, which is more than three times the volume expected at the opening of the field in 1982. Another 500 million bbl is aimed for as production continues.

Valhall comprises a field center with six platforms and two unmanned flank platforms. The field is located in 70 m of water. Hod is tied back and remotely operated from Valhall.

The Valhall Flank developments are two identical unmanned wellhead platforms each equipped with 16 drilling slots and located about 6 km (one to the north and one to the south) from the existing Valhall facilities where wellstreams are processed. The South Flank started production in 2003 and the North Flank came on stream in 2004.

Liquids are routed via pipeline to Ekofisk and further to Teesside in the UK. Gas is sent via Norpipe to Emden in Germany.