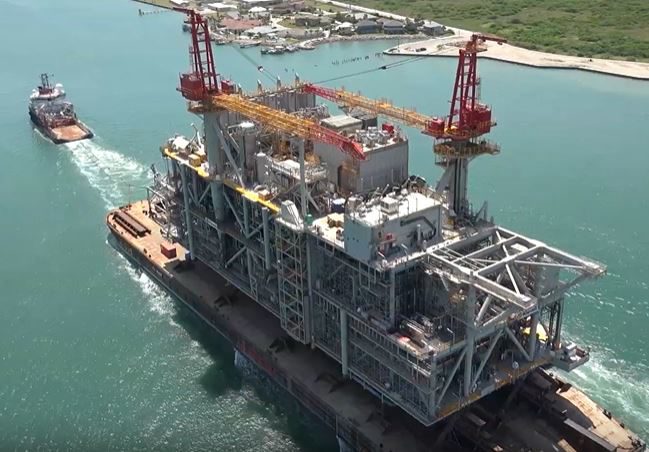 UPDATE 2: A court in Jerusalem reportedly lifted the temporary injunction on 18 December, allowing Noble Energy and its partners to continue test works on the Leviathan gas platform. The Times of Israel reported that the court ruled that "the petitoners had failed to provide professional testimonies to refute the opinons of state professionals who deemed the test safe."

UPDATE 1: On 17 December, the Jerusalem District Court issued a temporary order barring any gas emissions from the Leviathan gas field, effectively putting the project on hold, in the wake of environmental and public health concerns. Reuters reported that Noble Energy and Delek Drilling, the companies developing the project, are working to get the injunction cancelled. It is unclear how long a delay would last should the injunction be upheld.

As the giant Leviathan gas field nears its startup, the Israeli government has greenlit its first exports to Egypt, making the country an energy exporter for the first time.

Israeli energy minister Yuval Steinitz said in a statement that he has signed the final permit to export gas to Egypt from Leviathan and Tamar offshore reservoirs. Gas will be transported through the currently idle EMG pipeline, a 26-in., 90-km subsea pipeline connecting the Israeli transmission system in the Ashkelon area with the Egyptian transmission system in the El-Arish area. EMG was designed for an annual capacity of approximately 7 billion m3/yr, with the possibility of increasing that capacity to around 9 billion m3/yr with the installation of additional systems.

With contingent resources totaling 605 billion m3 of natural gas, Leviathan contains approximately two-thirds of all the gas resources discovered offshore Israel so far, and it is one of the largest deepwater gas discoveries in the past 15 years. The reservoir is expected to significantly increase the capacity of gas supply to the Israeli market.

Noble Energy, the lead partner in the Leviathan project, said in October that it had agreed to expand and extend gas supply agreements with Dolphinus Holdings, an Egypt-based gas supply company. Noble and its partners had original signed an export agreement with Dolphinus in February 2018 for the supply of up to 32 billion m3/yr to the Egyptian domestic market for a period of up to 12 years. In October 2018, Delek Drilling, Nobel Energy, and the Egyptian East Gas Company signed a deal for the purchase of a 39% ownership stake in the EMG pipeline.

Noble Energy said Leviathan will begin production by the end of December. Tamar began production in 2013 to serve the Israeli domestic market.