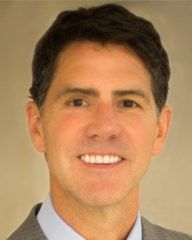 Noble Energy appointed Brent Smolik president and CEO, effective 16 November. He has more than 35 years of oil and gas experience, including a stint as chairman, president, and CEO of EP Energy. Smolik has also served as president of El Paso Corporation’s exploration and production company; president of Conoco Phillips, Canada; and president of Burlington Resources, Canada. He began his career with ARCO in Houston and held several drilling and reservoir engineering positions. Smolik holds a BS in petroleum engineering from Texas A&M University.