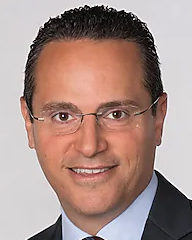 Shell has named Wael Sawan as its upstream director effective 1 July 2019, taking over from the retiring Andy Brown. The company announced that Brown would remain available to Sawan and the executive committee to assist with the transition.

Sawan is currently an executive vice president of deepwater. He has been with Shell since 1997 and has held a variety of commercial and operational leadership roles across the upstream, integrated gas, and downstream businesses. He holds a master’s degree in chemical engineering from McGill University and an MBA from Harvard Business School.