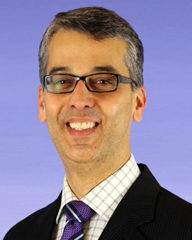 Independent Project Analysis (IPA) has named Rolando Gächter as director of Middle East development. He has more than two decades of experience leading many large-scale project system and individual capital project evaluations for IPA clients, including state-owned companies and independent operators in the Middle East. He previously ran IPA’s exploration and production (E&P) practice in the EMEA (Europe, Middle East, Africa) region from 2011 to 2015, after which he became the lead on IPA’s Asia-Pacific operations. He returned to the EMEA region in late 2018.