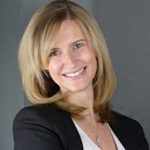 The Colorado Petroleum Council named Lynn Granger executive director. She joins the council, a division of the American Petroleum Institute, from Colorado Concern, a business advocacy association in the Mountain West, where she served as chief operating officer. Previously, she was the communications director for the Colorado Department of Revenue. Granger began her career as a soldier in the US Army before embarking on a civilian communications career which included service as strategic communications advisor to the commander of United States Army Europe, based in Wiesbaden, Germany. In her new role, Granger will lead API’s efforts in the state, helping the natural gas and oil industry create jobs, generate more revenue for the state, and make America less reliant on foreign energy.