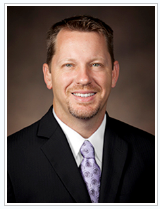 Laredo Petroleum named Jason Pigott to succeed Randy A. Foutch, SPE, as the company’s CEO. Pigott will continue in his role as president. Foutch will remain chairman of Laredo’s board until next year.

Foutch founded Laredo Petroleum in 2006 and served as chairman and CEO since. He also served as president from 2006 to 2008. He has more than 30 years of experience in the oil and gas industry. Before Laredo, he founded Latigo Petroleum in 2001 and served as its president and CEO until it was sold to Pogo Producing Co. in 2006. Previous to that, he founded Lariat Petroleum in 1996 and served as its president until 2001 when it was sold to Newfield Exploration. He is currently a member of the board of directors of Helmerich & Payne in the Human Resources and Nominating & Corporate Governance committees. Foutch holds a BS in geology from the University of Texas and an MS in petroleum engineering from the University of Houston.

Pigott joined Laredo in 2019 as president and a member of the board of directors. He has more than 20 years of experience in the industry, most recently serving as executive vice president for operations and technical services at Chesapeake Energy. Before joining Chesapeake in 2013, he served in roles of increasing responsibility at Anadarko Petroleum for 14 years, focusing primarily on onshore unconventional play development in the Eagle Ford Shale, Haynesville Shale, Delaware Basin, and various tight-sand plays in East Texas. Pigott holds a BS in petroleum engineering from Texas A&M University and an MBA from the University of North Carolina.