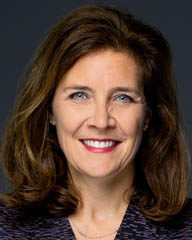 Wood appointed Stephanie Cox CEO of its Americas business, succeeding Andrew Stewart, who has been appointed executive president of strategy and development for the global business. Responsible for the firm’s $4-billion, asset solutions business, Cox will be based in Houston and report directly to Wood’s Chief Executive Robin Watson. She has led diverse global businesses during her 28-year tenure with Schlumberger. She joins Wood from her role as president of Schlumberger’s North America land drilling business. Prior to this she was vice president of human resources for Schlumberger Ltd. and held various other senior leadership positions for the company, including president of North America, president of Asia, and geomarket manager for the Gulf of Mexico. Stewart is moving into the role of executive president of S&D for Wood, following a near 4-year period in the Americas. He will be based in Melbourne, Australia, and will remain on Wood’s executive leadership team. Both new roles are effective immediately.