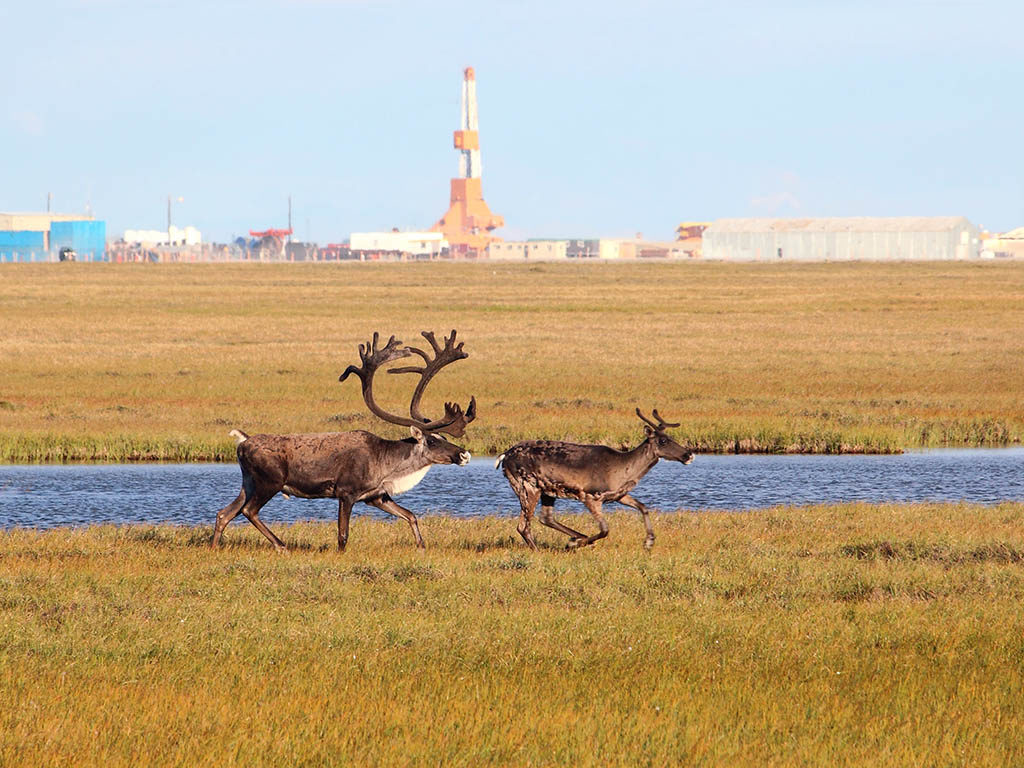 The early 1970s was a critical period for the oil industry, when oil prices were at levels as low as USD 5 to 6/bbl. Back then I was a graduate student at the Missouri University of Science and Technology–Rolla, and I remember that gasoline used to cost only about USD .15 to USD .17/US gallon. Gas station owners used to give away goodies and incentives such as a pack of soft drinks or a set of towels if somebody filled up their car. World oil consumption was just a little more than 50 million B/D then, of which about a third was being consumed by the US alone.

After my graduation in 1974, I was working at Exxon Production Research Company (EPRCo) as senior research engineer when the Organization of Petroleum Exporting Countries (OPEC) Oil Embargo of 1973–74 occurred, in connection with the 1973–74 Arab-Israeli War known as the Yom Kippur War. Arab members of OPEC, plus Egypt, Syria, and Tunisia, stopped exporting crude oil to the US and Western Hemisphere countries. This caused a sharp hike in crude oil prices in the US and other Western countries. Long lines at US gas stations were common scenes at that time and tempers often flared between customers waiting a long time to buy gas. Although many felt it would negatively impact the US economy, the Oil Embargo actually proved to be a boon that provoked additional exploration for petroleum resources. With high oil prices, many projects that were not economic before were suddenly kick-started. The targeted countries during this embargo responded with a wide variety of new, and mostly permanent, initiatives to constrain their further dependency on OPEC oil. The 1973 oil price shock, along with the 1973–1974 stock market crash, has been regarded as the first event since World War II, as well as the Great Depression preceding it, to have a persistent economic effect.

My first project involved laboratory simulation of in-situ dry and wet combustion with a sand pack and crude from Exxon’s Illinois waterflooded field. After this, I got exposed to my first numerical simulation study—of the giant East Ghawar onshore oil field in Saudi Arabia, while I was in the Aramco studies group within EPRCo. This Saudi Arabian field is an extension of the largest conventional oil field in the world, the Ghawar field. To manage such large fields, the Kingdom of Saudi Arabia sought help from the international oil majors such as Exxon. A consortium named Aramco was formed, which consisted of four major oil companies—Exxon, Mobil, Chevron, and Texaco. This consortium of four major companies along with Saudi Arabia made all the major oil and gas development decisions for the Kingdom. My role on this project was to optimize waterflood efficiency by maximizing the sweep via simulation of many development scenarios. In those days Exxon was at the forefront in developing complex reservoir simulations and we were using the first generation of a simulator known as the General Purpose Simulator or GPSIM. Waterflooding techniques and management were not as sophisticated as they are today: It was difficult to accurately portray heterogeneity across the reservoir/model layers in terms of permeability contrast and hence water fingering in the microscopic sense could not have been modeled effectively in those days. The key to success in exploiting such fields turned out to be effective field surveillance and monitoring.

The very first challenge in mature field development is to find the remaining oil, which occurs due to inefficient displacement (residual oil in the pores of the swept zones) or poor sweep (bypassed oil). Reservoir characterization techniques were not fully matured back then, in large part because only 2D seismic was available. Today we are advancing 4D seismic technology, which allows us to pinpoint accurately not only structural events but also to track and monitor fluid movement with sufficient density contrast. Back then, logging tools as well did not have the range they have with today’s finer precision in collecting data from deeper in the reservoirs, leading to a much higher degree of confidence and reliability. In fact, there are many instances today where improved technology and data recording in seismic and engineering analysis techniques and processes have led to improved recovery from mature oil fields that were in their decline phase.

In the earlier days of petroleum exploration and production, more analytical methods of calculation were used, unlike today where sophisticated software is being used for almost everything. Computer hardware used to take up almost an entire floor in our office building. Carrying out complicated reservoir simulation jobs was cumbersome and time consuming. Modern-day laptop computers have much more computational firepower than the old days’ big and bulky supercomputers. The first digital computers in the early and late 1970s calculated information with data and programs keyed onto punch cards that were fed into card readers. These cards used to be prepared using keypunch machines as the primary medium for input of both computer programs and data. In those days, keypunch typing was a booming career as an associated skill in engineering industries. The sophistication and maturity of modern advanced technology today is simply amazing compared to the days of ’70s!

These challenges not only increased the cost of handling huge, mature fields but also meant the means for optimizing oil recovery from the reservoirs were limited. Rejuvenation of mature fields that had a huge potential for remaining recoverable oil was prematurely abandoned due to the nonapplicability of exotic, enhanced technology that was deemed not economically feasible (not to mention the time it took to carry out each activity).

In the late ’70s and early ’80s, there was hardly any capacity for knowledge-sharing between different oil companies, unlike today. I was with BP in the early ’80s. BP was not a prominent company in the US until it bought Sohio—Standard Oil of Ohio, the first standard oil company in the US to gain a foothold in the working interest of the giant Prudhoe Bay field on Alaska’s North Slope. The in-place volumes in this field were about 20 billion bbl and 27 Tcf of gas. Sohio and Arco, both American companies, discovered the Prudhoe Bay field in 1967.

This giant field’s plateau production rate peaked at around 1.7 million B/D and the ultimate recovery factor is expected to be in excess of 55%. Redetermination of equity was a big issue between the three major partners, BP/Sohio, Arco, and Exxon in the early ’80s when I joined the BP team. Arco and Sohio were subsequently subsumed by acquisition into BP. Then, the field had a diverse equity share—BP had majority interest in the oil rim, whereas the other two companies had majority stakes in the gas cap. BP was the operator of the western part of the field and Arco was the operator for the eastern part.

All three companies spent time in creating their own reservoir simulation models using independent analysis of data. Again, there was no sharing of data between the companies whatsoever. When the models were all set up, the three companies discussed the results by meeting in a neutral city totally different from where the three companies were located. This was done to protect data privacy. Each company’s model of course focused on preserving or enhancing their own equity interest, whether it was gas or oil, and hence their recovery scenarios were based on maximizing production of their own hydrocarbon resources. Obviously each company had different views of recovery strategies with their own interest in mind.

In spite of all these challenges and diversities of interest and ownerships, Prudhoe Bay became a pioneer, with many firsts in implementing new technologies, horizontal well technology—used to exploit the oil rims—being one of them. Later during the recovery phases, the Prudhoe Bay miscible flood project became one of the exemplary projects of its kind and also one of the largest. Prudhoe Bay was also able to help justify one of the world’s longest pipeline systems, the Trans-Alaska Pipeline System. This 800-mile, 48-in. pipeline through Alaska, built starting in 1974, is a good example of a case where the 1973 oil crisis rise in oil prices made the development of a field economically feasible.

It has to be recognized and appreciated that although modern, exotic recovery practice techniques and new discoveries receive the most attention, almost 70% of the hydrocarbon liquids to date have been recovered from mature fields. Considering the substantial quantities of remaining oil at stake, boosting the recovery factor of all the world’s oil fields by a mere 1% would cover 3 years of worldwide consumption.

Today, companies are even more conscious of economics, project execution time, and not wasting manpower resources. Since so-called “easy” oil is long gone and technology is critical, each and every part of a mature field development is an important step in gaining incremental recovery. This has especially brought in a sense of cooperation between international major oil companies. They are now more progressive minded and find more and more opportunities to join hands and share risk.

Risk sharing between companies has opened up a plethora of exploration possibilities offshore, beginning with exploration in Norway and the Gulf of Mexico offshore and now into much deeper waters and harder-to-reach areas. Joint ventures have also enabled companies to return to reserves left behind in previously produced fields due to economic and technological constraints.

Since the 1980s people have thought that the world would run out of oil, but human ingenuity has been instrumental in disproving this theory. Take Prudhoe Bay, for example, where we have continued to produce more and more every year when everybody thought each year was its last. Our industry has come a long way. Even in 2013 we can say we have years of energy left to be explored.

With a great attitude and talent we can find more hydrocarbons each year. The oil industry has endured a bad reputation on many occasions (e.g., the Macondo disaster in the Gulf of Mexico), but we need to keep in mind that, even there, many thousands of rigs operate safely every day, and we should be proud of our safety and operational advances. At Shell, our motto is Zero Incidents, and we strive for that every day at work. We must continue in our careers to improve our operational capabilities and focus on safety and the environment. With many horizons yet to conquer, safely and soundly, you have an exciting career ahead of you! TWA

Salil Banerjee has more than 38 years’ worldwide experience in petroleum reservoir engineering, both with major international E&P companies and with oil and gas service companies. He earned bachelor’s and master’s degrees in mechanical engineering and a doctoral degree in chemical engineering, all from Missouri University of Science and Technology, formerly the University of Missouri–Rolla. Banerjee has worked for Exxon, BP, PDVSA, PGS Reservoir, Halliburton, BHP Billiton, Reliance Industries, BG Exploration, and, presently, Shell, serving as reservoir engineering discipline manager for Shell Technology Center in Bangalore, India. He has specialized in reservoir simulation, pressure transient analysis, PVT (pressure, volume, temperature) characterization, modeling of naturally fractured reservoirs, and teaching and training of engineering professionals. Banerjee is a member of the SPE 25-Year Club and in 2006 received the honor of becoming an SPE Distinguished Member.