Public Perception of the Oil and Gas Industry 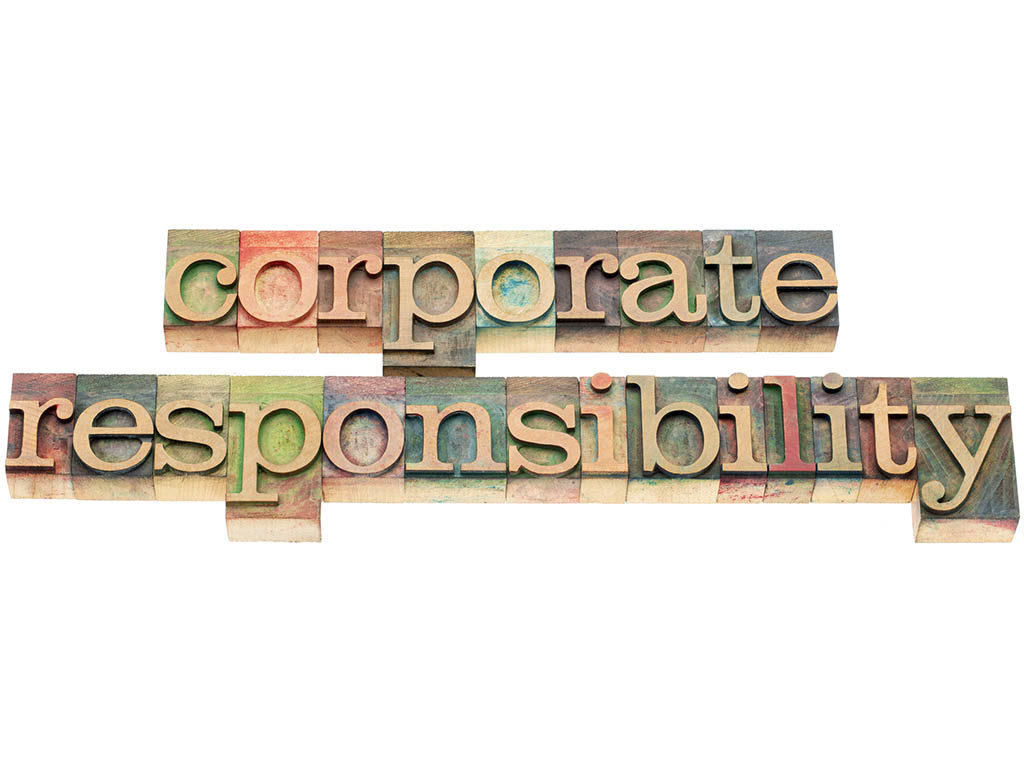 I started my career in 1978 working as a summer intern at Conoco’s refinery in Wrenshall, Minnesota, just outside Duluth. That was the year the US saw gasoline prices streak past a once-unimaginable USD 1/gal as the Iranian revolution caused work stoppages, interrupting oil flow. Price controls led to outages at the pump and motorists across the US were furious as they waited in long lines for fuel. The Organization of the Petroleum Exporting Countries (OPEC) was viewed as powerful enough to control the future. Outside OPEC, the oil industry was dominated by a handful of integrated major oil companies. Suffice it to say, the industry was mistrusted and misunderstood.

So what’s changed over the last 35 years? Well, I think some things have changed a lot, some not so much.

When I learned to drive in the early 1970s, US gasoline cost less than 40 cents/gal and came from a branded store where an attendant checked the oil, washed the windshield, and filled the tank. There was no gasoline at the grocery store. But change was coming. In the US, environmental issues were growing in importance—the first Earth Day was in April 1970 and US President Richard Nixon signed the Clean Air Act that December. In 1974, US President Gerald Ford signed the country’s Safe Drinking Water Act.

Gasoline prices in the US tripled that decade and oil demand, particularly for power generation, plummeted. New regulations were passed in the US requiring extensive environmental assessment, air emissions reductions, better water and waste management, respect for biodiversity, and progress on social issues.

In the first decade of this millennium, world demand for oil and gas climbed quickly due to rapid growth in emerging economies and supplies tightened, exacerbated by conflicts in the Middle East. World oil prices rose again and many pundits forecast that oil and gas production would soon peak. Economic and environmental concerns led to public protests, marches, and media backlash. By contrast, our industry is now in the early stages of a transformation in which shale resources, long recognized but previously uneconomic, can in the US be developed in enormous volumes—with prospects uncertain and perhaps promising in other countries— bringing jobs to suppliers, producers, and users, reducing utility bills, and offering hope for energy security improvement and economic growth and renewal throughout the world.

The petroleum industry does have a public perception problem. We live in a Twitter world where 24-hour news lets anyone be a critic: wannabe journalists using YouTube or bloggers who believe renewables can immediately replace fossil fuels. And the oil and gas industry compounds the problem if it doesn’t deliver strong safety, environmental, and community engagement performance.

We don’t have to look far for sources of public mistrust:

The Industry’s Response and Challenge

The oil and gas industry has responded by upping communication; regular polling shows that the effort to share information about what it does to protect the environment, pay taxes, and create jobs is beginning to resonate with the public and our reputation is improving. Public trust in the oil and natural gas industry has continuously increased from a low of 38.6% in 2006 to 48.5% in 2012. Did you know that shale energy development has created 1.7 million jobs in the US over the past few years and is expected to account for 3 million jobs in the US by 2020? Or that, according to the US Environmental Protection Agency, there have been more than 2.5 million hydraulic fracturing treatments completed globally without a single confirmed case of water contamination related to hydraulic fracturing? Also, our industry pays one of the highest effective tax rates among US businesses, averaging 44.3% from 2006 to 2011 according to Standard & Poor’s. Alleged subsidies in the US in fact are identical or closely analogous to tax deductions provided to a wide range of industries.

The industry can and must do better. SPE members can help improve the industry’s reputation. We must learn to listen first, understand issues and concerns, then respond by sharing facts, doing additional research, reporting progress, and continuously improving. Our performance must be unassailable and visible—we must set the standard for safety and protection of health and the environment, all while delivering competitive returns to our shareholders.

This is not easy and requires competencies that we have not historically demonstrated at a sufficient and consistent level. The public expects a two-way conversation; we must be visibly listening and caring—not just issuing 60-page white papers. We must equip employees, contractors, and suppliers alike with information and training so we can engage in a fruitful dialog with family members, friends, and associates. We work in a business whose basic purpose is noble, and we should be neither apologetic nor arrogant. When we make mistakes, we must report quickly and transparently with clear plans and commitments to reduce the chances of a recurrence. And we must learn from each other to raise the bar for the whole industry.

We must move beyond rhetoric and become valued members of the communities in which we operate.  Yes, our business is complex and it is global. Yet it is also local. ConocoPhillips holds tours of our Eagle Ford operations in Texas for stakeholders from around the globe, engages with regulators, and works with other companies to address water issues.

We live in an “AND” world: We can improve quality of life by delivering reliable and affordable energy supplies while also protecting the environment AND creating jobs AND improving community life. Our industry is high-tech and exciting—we have a bright future. We need to share and applaud progress when we reduce our air, water, and land footprint while working with universities, regulators, and civic leaders to address growing challenges and expectations.

We can be engaged without seeming arrogant, dismissive, or defensive. The oil and gas industry faces opponents who are well-funded and well-organized but sometimes not well-informed about the petroleum industry. Despite the apparent unfairness of their approaches, we cannot abandon our principles. The scientific method—establishing testable, repeatable results that demonstrate cause and effect—is important. Yet we can also seek diverse views and respond to questions in more easily accessible ways. Emotions matter—we must be prepared to address fears, mistrust, and negativity in constructive ways and encourage fact-based dialog.

Relationships are built on trust and take more time to build than lose. SPE helps with its Energy4me educational outreach program to engage kids in schools and help educators learn more about the oil and gas industry and how it responsibly finds and delivers oil and gas to consumers. We can each start by educating ourselves. Take advantage of the myriad websites devoted to providing information on the issues and get smart about both sides of contentious issues. Sites that our industry views as factual are provided by the US Department of Energy, the American Petroleum Institute, the International Energy Agency, and most international producers. Take time to ask questions and find out what your company is doing to be responsible in its planning, operations, and community interactions.

Watch Switch: The Documentary and visit Switch: The Energy Project educational website. See the more visceral views expressed in films like Gasland, Promised Land, Truthland, and Fracknation. Explore the Energy in Depth site to learn more. Evaluate the claims of each based on your training and the bounds of science. When a social acquaintance expresses fear about the oil and gas industry’s activities, take a deep breath, ask questions, listen, and be ready to share what you and your company are doing to address concerns. We are part of a continually learning and evolving industry that is committed to operate to high standards, regularly verifying compliance and engaging effectively.

Our industry’s ability to operate relies upon our performance AND the public’s perception.

At a recent family reunion in Iowa, my cousin from California asked what I thought of the stories about fracturing and environmental mayhem possibly coming to California. I had to stop myself from launching into a diatribe citing my recent visit to a well-organized drilling and completion site, my company’s commitment to responsible development, and the economic benefits for consumers in a state badly in need of revenue. Instead I asked, “What are you hearing?” This opened a conversation about the industry, sources and validity of information, and ways to consider messages and the motivation of the messengers.

We have moved from a 20th-century view of constrained resources and limited opportunities to abundant resources but constrained public support. Genuine and respectful curiosity, patience, performance, and proactive behavior can humanize our industry and improve public perception. We do live in a new world where there is little tolerance for error. Wouldn’t it be great to have a video go viral about our industry creating a million jobs in 5 years without an environmental incident?  I’d like to Tweet that.

Sarah Edman is the manager of corporate public policy for ConocoPhillips. Her responsibility is to develop company positions on government policies, regulations, and other public interest initiatives that could materially impact ConocoPhillips’ assets, business activities, reputation, and stakeholders around the globe. The primary objectives of her group are to align advocacy messaging globally, reducing the likelihood that external influencers will significantly disrupt or have material negative influence on ConocoPhillips’ ability to conduct business. Over her 33-year career, Edman has held a range of positions, including manager of carbon capture and storage policy and project development, manager wholesale marketing and general aviation, manager North American natural gas liquids, refinery operations manager, business development manager–power, downstream planning manager, director corporate strategy, economist, and process engineer. A native of Iowa, Edman graduated with a bachelor’s degree in chemical engineering from Iowa State University. She continued her education with graduate studies in finance and business administration.