How Are Oil and Gas Firms Approaching Digital Investment, Implementation? 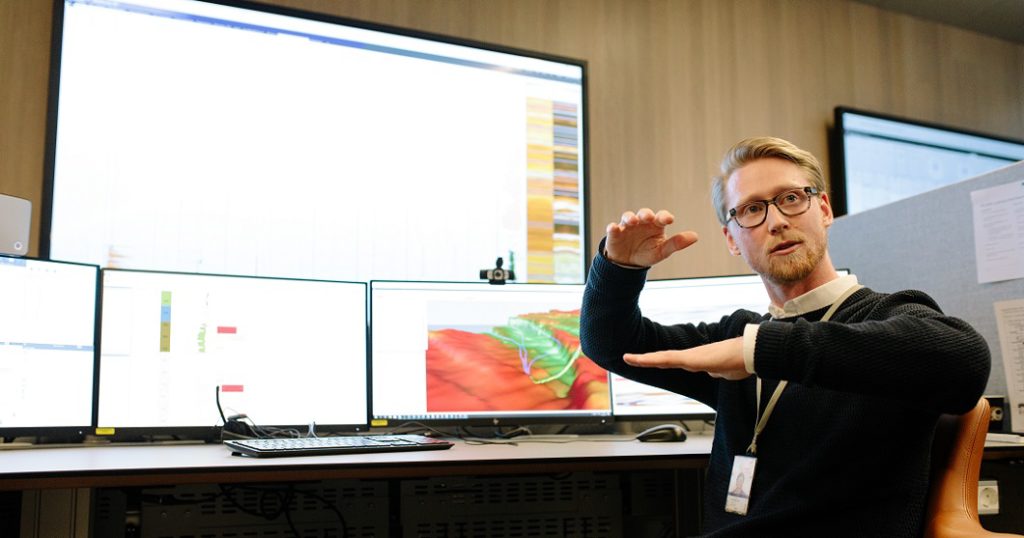 Credit: Equinor.
Leveraging new digital technology, Equinor recently opened two onshore support centers in Norway. All of the firm’s operated fields on the Norwegian Continental Shelf will be managed from onshore facilities by 2021.

Digital technologies have become an integral part of capital budgets for oil and gas operators. This fact is driven home by a recent survey in which 9 in 10 executives from the industry in the US and abroad said they plan to increase spending on digital tools over the next 2 years. A quarter of respondents said they expect a significant increase.

What is apparent from the inquiry of 100 executives from upstream, integrated, and downstream firms by Ernst and Young (EY), however, is that, while plenty of incremental advancements can be made through digitization, integrating these new tools remains complicated. As a result, many oil and gas companies continue to take a conservative approach to adoption as they work out their digital strategies.

Thus far, in its early phase, digitization’s primary function to many companies, or 42% of respondents, is improving efficiencies in existing work—no surprise given the industry’s persisting shell shock from the steep commodity price downturn that began in 2014. Far fewer respondents, 23%, intend to use the technology to make more ambitious leaps in their capabilities.

A little more than half of executives, 55%, are first prioritizing investment in operations, compared with 25% in maintenance and reliability and 10% in logistics and the supply chain. An example cited by EY of firms investing in operational efficiencies is the use of remote operation centers.

Equinor recently opened onshore support centers in Bergen, Norway, that will eventually be linked to all 40 of the firm’s installations on the Norwegian Continental Shelf. Platforms such as those serving the Aasta Hansteen and Norne fields are being monitored through digital twins, which use real-time sensor data to track machine and equipment performance, allowing workers to address operating issues quickly and cut downtime. The firm’s separate onshore Geo-Operations Center remotely manages offshore drilling.

The inauguration of those centers followed Equinor’s December 2017 opening of its Austin, Texas-based remote operation center overseeing more than 1,100 US onshore wells in shale basins including the Bakken, Eagle Ford, and Marcellus.

But exploration and production firms surveyed said they are spending the biggest share of their digital budgets, 38%, on exploration and appraisal work, with 26% going toward sustaining production. This may have to do with operators’ desire to find new oil and gas deposits to replace production following years of underinvestment.

ExxonMobil announced in 2017 a collaboration with the National Center for Supercomputing Applications (NCSA) at the University of Illinois, EY noted, to slash the amount of time needed to study oil and gas reservoirs.

Scientists from the US major and NCSA benchmarked a series of multimillion-to-billion cell models on NCSA’s Blue Waters Super Computer, using 716,800 processors to speed up data output by thousands of times. ExxonMobil said the advancement results in better decision making when it comes to well placement, facility design, and environmental and financial risk management.

Firms Keen on Advanced Analytics, Less Enthusiastic About IIoT
As the industry has been producing and storing gobs of data for years, it is only natural that breakthroughs in advanced analytics generate the most immediate excitement among executives. Some 25% said the capability will have the most significant effect on the industry over the next 5 years, with another 20% naming the cloud as the biggest game changer.

The industry’s familiarity with these technologies might explain its overall confidence in their near-term capabilities. According to the survey, 87% and 98% of respondents are using the cloud and advanced analytics, respectively, in their day-to-day work.

Seeing an opportunity to gain a foothold in the industry, tech giants Google, Microsoft, and Amazon over the last couple of years have stepped up to provide platforms designed to handle and put to work oil and gas companies’ data. Google Cloud is already partnering with firms such as Total, Anadarko, and Schlumberger. Microsoft has teamed with Equinor to open new data centers in Stavanger and Olso. Amazon Web Services recently opened an office in Houston’s expansive corridor of oil and gas firms.

Robotic process automation (RPA) is another tool heavily leveraged by the industry, with 75% of respondents saying they are already implementing it. Underscoring its importance, 25% cited RPA as the technology that will have the biggest effect.

Oilfield services and technology firms have long sought to automate processes such as drilling. An example is Nabors Industries, which, in 2017, took a big step forward in its automation journey with the purchase of Robotic Drilling Systems, a Stavanger-based provider of automated tubular and tool handling equipment both onshore and offshore.

Meanwhile, the Industrial Internet of Things (IIot) may be generating as much anxiety as observable results. Just 19% of respondents said they are implementing the technology, and 20% said they believe it carries the most risk given cybersecurity threats.

Ioana Andreea Ene, a Norway-based partner at EY, noted in the report that some in the industry see IIoT as a potential Pandora’s Box because its connectivity can encompass decades-old systems. She explained, “When it was working in splendid isolation it was fine, but how are you going to build a wall around it so you’re not jeopardizing the entire platform?”

Even still, 70% of respondents said they plan to adopt IIot in the next 18 months.

Coherency Needed in Digital Strategies
Choosing which technology to adopt is a reflection of a company’s digital strategy. However, given the industry’s siloed nature, coming to an internal consensus on anything—let alone something as important as technology—is often difficult. This goes for different levels of an organization and within each level. Many variables are at play.

Just 31% of executives (i.e., the decision makers) surveyed by EY said their digital vision is “highly aligned” with that of their peers at their companies. At the heart of the matter, in many cases, is selecting a technology focus area: 32% said this is the primary obstacle to an aligned strategy.

“I think there is still a lack of confidence at various senior executive levels about which technologies deserve the most attention,” said Keith Strier, EY global and Americas advisory leader for artificial intelligence. “Early adopters that like to be out front will take the plunge, but, if you’re a more cautious company and you’ve been in the business for decades, management wants to make sure they will achieve value with a given investment.”

Other primary sources of disagreement are determining just how much should be invested in digital tools, 20%; selecting which business areas deserve the most attention, 17%; and whether to develop technology internally, acquire it through acquisitions, or simply contract service providers.

Determining where the technology comes from is a key sticking point. An average of almost half of respondents’ digital investment is outsourced, while a quarter comes through acquisitions and just 17% comes from in-house development.

The former two options are perhaps the lowest-maintenance approaches, especially for firms in the early stages of adopting certain technologies. Many firms shy away from in-house development because of long timelines to deliver results and a prohibitive cost of investment, the survey found.

“I believe it’s a healthy sign that companies recognize they don’t need to develop everything in-house,” Ene said. “The beauty of the new digital wave is that nobody is going to lose their job because they tried a certain technology for a project. The tools are much, much cheaper than they used to be, so it’s okay to try something and have it fail. You just move on and try another technology for your project.”

However, bringing in outsiders who may not be familiar with a company can present its own set of challenges. Thirty percent of respondents said working effectively with external service providers is their firms’ greatest operational challenge in adopting new technologies. Plus, the companies are faced with integrating new systems and procedures with their existing systems and procedures.

While in-house development is attractive in that it fosters a culture of innovation, the option, when done at a large scale, tends to be limited to the majors and big independents. Shell, for example, spends $1 billion/year on research and development, according to the report.