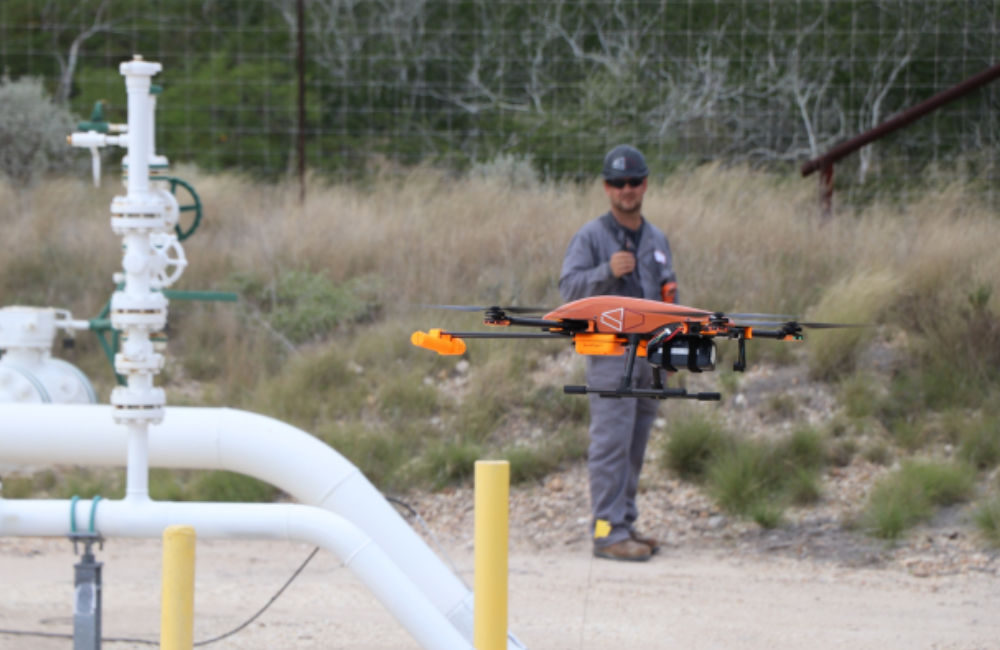 Drone service firms are finding success in the oil fields. In August, two entities have announced major partnerships or contract awards to perform unmanned-aircraft-systems-based missions for oil and gas clients in the US and abroad.

SeekOps, a gas sensor maker and unmanned aircraft systems (UAS) service provider that signed a deal last year with energy giant Equinor, has signed a deal with Impossible Aerospace to create a robust, efficient multirotor platform equipped with a unique SeekOps-designed gas sensor. The main reason for the partnership is the flight capabilities of the Impossibel Aerospace US-1 platform.

Impossible Aerospace CEO Spencer Gore said, “We believe the US-1, paired with powerful sensors like the SeekIR, can unlock industry missions that were not previously possible. We are proud that the US-1 can help facilitate the detection of natural gas leaks in a faster, more-efficient manner.”

Impossible Aerospace and SeekOps manufacture their respective products in the US. The companies were founded in 2016 and 2017, respectively, having cooperated on technology development at Tesla and the National Aeronautics and Space Administration. An initial flight demo proved to the SeekOps team that the Impossible team had developed a groundbreaking system that could dramatically enhance the value of SeekOps’ services, according to the company.

Based out of Houston, SkyX, an aerial monitoring solutions provider, has partnered with Aerial Project Analytics, a topographic survey and site monitoring company to perform beyond visual line of sight operations in Africa.

According to SkyX, The first contract under the partnership, a multimillion-dollar agreement, has just been signed to inspect and monitor hundreds of miles of pipelines for a major energy corporation in Africa, so they can better track the environmental impact of their business.