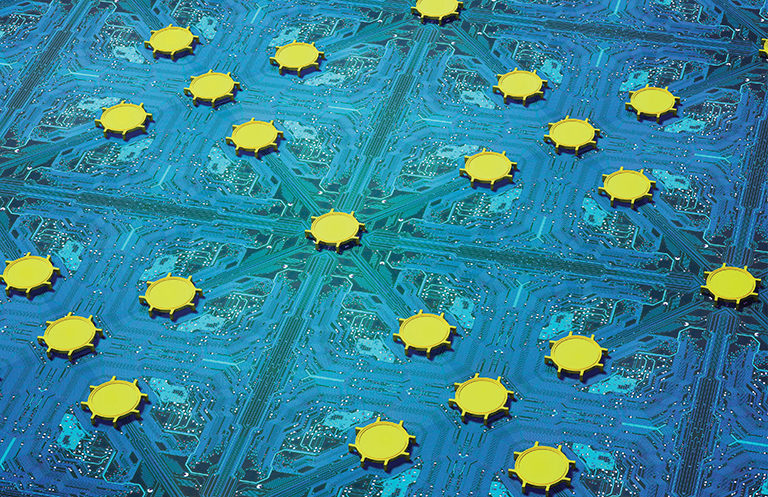 A group of oil and gas companies has agreed to begin testing blockchain, a technology at the heart of digital currencies, in a bid to lower administrative costs in their field operations while also reducing payment disputes and chances for fraud.

The OOC Oil and Gas Blockchain Consortium, whose members include Chevron, ConocoPhillips, Exxon Mobil, Equinor, and Royal Dutch Shell, has awarded a contract to Data Gumbo to pilot the technology for water handling services in the Bakken shale field in North Dakota.

Blockchain, a technology that underpins bitcoin and other digital currencies, is a distributed ledger that can make and verify transactions on a network in real time, offering the potential to cut costs and lower the risk of fraud.

In the pilot, Data Gumbo’s blockchain technology will be used to automate payments, which are typically handled manually and through third-party reporting that increases costs. The technology could generate about $3.7 billion annually in cost savings for the oil and gas water business, Data Gumbo Chief Executive Andrew Bruce said.

“There is going to be a huge amount of cost taken out of the whole supply chain,” he said.

Norwegian state-owned oil company Equinor, a member of the consortium, said it expects to save 25% in process costs related to saltwater disposal from the technology, according to Equinor’s Rebecca Hofmann, who is also chairman of Consortium.

The Oil and Gas Blockchain Consortium launched in February to develop ways the technology can be used in the oil and gas industry. The group hopes this pilot will pave the way for broader usage for blockchain in the industry.

Houston-based Data Gumbo has financial backing from Saudi Aramco Energy Ventures, the venture capital arm of state oil company Aramco, and Equinor Technology Ventures, a unit of Equinor. The company is already working with a large oil company to use blockchain to track drilling equipment and mud in the Gulf of Mexico.