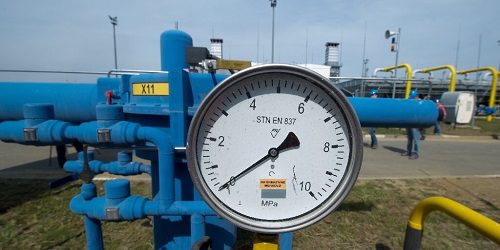 Methane, a powerful greenhouse gas, is leaking from industry sites at rates equivalent to the annual carbon emissions of France and Germany combined, a new analysis using satellite data shows.

"The good news is most of these are man-made and can easily be addressed through action by individual companies, governments, and regulators," said Antoine Rostand, chief executive officer of Kayrros, an asset observation platform that conducted the analysis.

The analysis showed methane plumes from just three oil and gas facilities in Algeria were emitting more than 25 tonnes of methane per hour—equivalent to the CO2 emissions from a 750-megawatt coal power plant.

While methane only stays in the atmosphere a fraction of the time that CO2 does, over a period of decades, it is dozens of times more potent as a greenhouse gas.

Overall, greenhouse-gas emissions from energy have risen globally nearly every year in the last decade, despite the 2015 Paris climate deal mandating their reduction.

The United Nations says that man-made emissions must decline 7.6% annually by 2030 to limit global warming to 1.5°C above preindustrial levels—the more ambitious cap laid out in the Paris deal.

The analysis has not been peer-reviewed but has been shared with the European Commission.