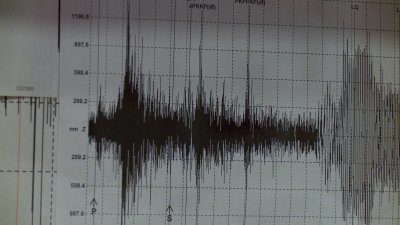 Officials with the Oklahoma Corporation Commission (OCC) say steps they have taken to reduce the number and severity of earthquakes across Oklahoma seem to be working.

“While still evolving, the ‘traffic light’ protocol system developed by the OCC and OGS (Oklahoma Geological Survey) and put in place by directive in December has thus far yielded some good results,” said OCC Oil and Gas Division Director Tim Baker. “The actions taken under the directive have been in response to events that have occurred away from the Arbuckle injection wells that have been linked to most of the earthquake activity in the state. Researchers have linked some of this smaller and relatively rare activity outside the main earthquake area to well completion operations, including hydraulic fracturing.”

Under December’s protocol, the Corporation Commission contacted well operators following 27 earthquakes that registered above a 2.5 magnitude.

“In the cases where companies have taken mitigation actions, the earthquake activity either stopped quickly or tapered off and stopped soon after,” Oklahoma Geological Survey Director Jeremy Boak said.