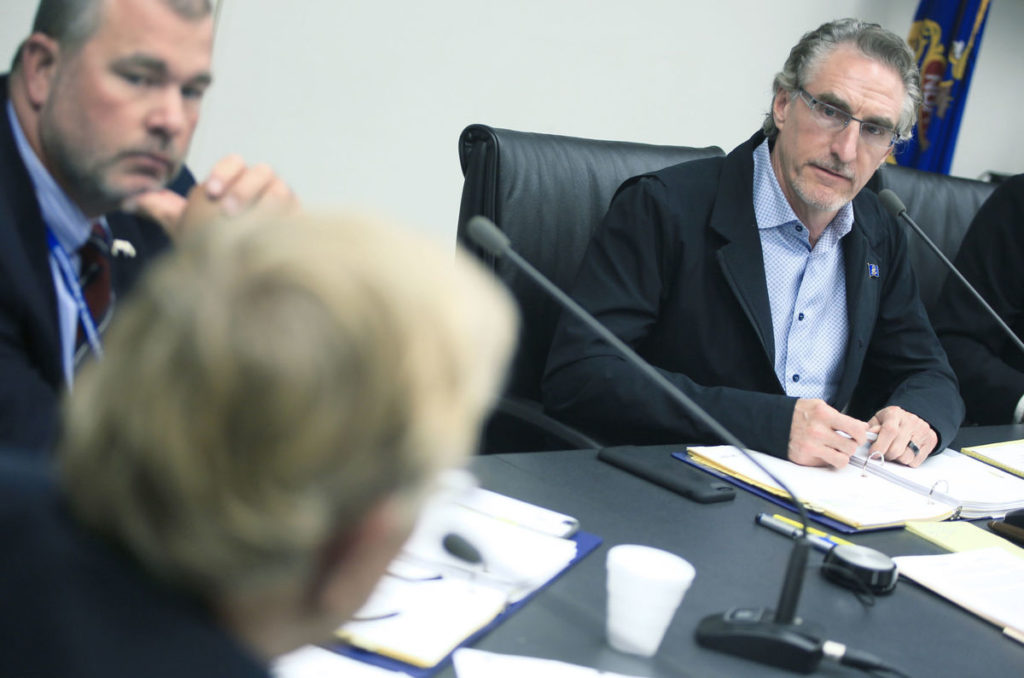 The oil industry will be able to draw water from the Little Missouri State Scenic River for hydraulic fracturing after North Dakota officials lifted an 8-week-old moratorium on industrial water permits, raising concerns from some conservationists about the effect on the Badlands.

The issue of allowing the oil industry to access water from the scenic river came up for discussion this spring after a State Water Commission hydrologist discovered the state had been granting water permits for hydraulic fracturing and other uses in violation of a long-forgotten state law.

State legislators voted during the recent session to change the law, but Gov. Doug Burgum issued a moratorium on 3 May that suspended temporary water permits along much of the Little Missouri while the matter was studied.

On Thursday, Burgum and other members of the State Water Commission voted to lift that moratorium, adopting a new policy that allows temporary water permits on the scenic river for oilfield and other industrial uses.

The policy is effective immediately, but drought conditions in western North Dakota may prevent new permits from being issued this season.