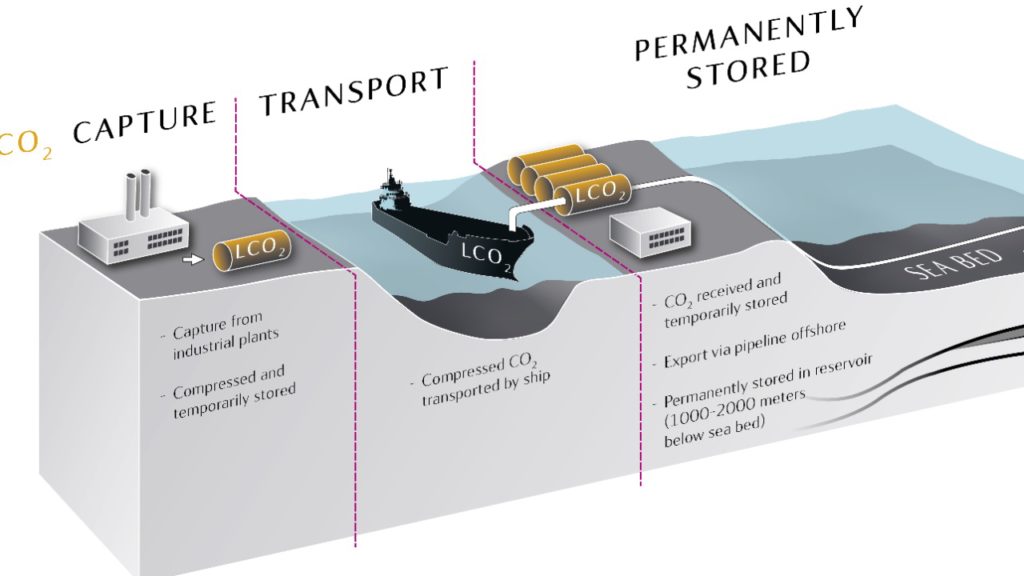 Gassnova has assigned Statoil to evaluate the development of carbon storage on the Norwegian continental shelf (NCS). This will be the first storage site in the world receiving carbon dioxide from several industrial sources.

The storage project is part of Norwegian authorities’ efforts to develop full-scale carbon capture and storage in Norway. It will capture carbon dioxide from three onshore industrial facilities in eastern Norway and transport it by ship from the capture area to a receiving plant onshore located on the west coast of Norway. At the receiving plant, carbon dioxide will be pumped over from the ship to tanks onshore before being sent through pipelines on the seabed to several injection wells east of the Troll field on the NCS. There are several possible locations for the receiving plant, and the final choice will be based on criteria such as safety, costs, and expansion flexibility.

Gassnova has previously been awarded the assignments for carbon capture and transportation in the project.

The storage solution to be evaluated by Statoil will have the potential to receive carbon dioxide from both Norwegian and European emission sources.

“Carbon capture and storage (CCS) is an important tool to reduce carbon emissions and to achieve the global climate targets as defined in the Paris Agreement,” said Irene Rummelhoff, Statoil’s executive vice president for New Energy Solutions. “The CCS project that has been assigned to us will require an entirely new collaboration model with carbon capture from several industrial sources, carbon transportation by ships, and carbon storage 1000–2000 m below the seabed. In addition, this may be the start of the world’s first CCS network across national borders. Much work remains, but if we are successful, this may open new business opportunities both for Statoil, our collaboration partners and Norwegian industry.”

Join peers and colleagues at this premier virtual event