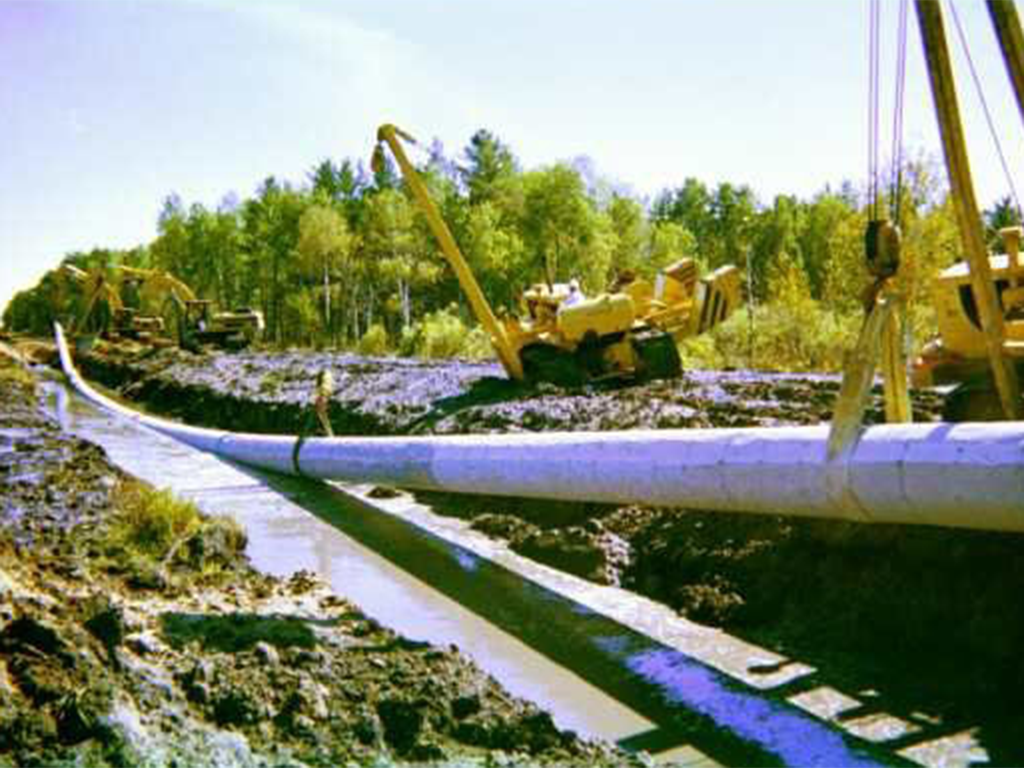 Photo courtesy of FERC
Gas pipeline installation with a sideboom

The Atlantic Coast Pipeline intended to carry natural gas across West Virginia, Virginia, and North Carolina would have some adverse environmental effects, including effects on water resources, forest, and other habitats, but most could be reduced to insignificant levels, an assessment by federal regulators found.

The Federal Energy Regulatory Commission, which oversees interstate natural gas pipelines, released its final environmental impact statement on 21 July for the proposed 600-mile pipeline, which has broad support from political and business leaders but is staunchly opposed by environmentalists and many affected landowners.

The assessment found that the pipeline would also affect some endangered species in its path. But it concluded that, if developers use proper construction and mitigation techniques, most of environmental effects could be reduced to “less-than-significant” levels.

The leading company behind the USD 5 billion project called the assessment “favorable” and said it paved the way for final approval later this year.

“While some impacts on the environment and landowners are unavoidable with any infrastructure project, the report demonstrates that we’ve taken all necessary steps to minimize those impacts and balance them with the urgent public need for the project,” Leslie Hartz, Dominion Energy’s vice president for engineering and construction, said in a statement.

Environmental groups have argued that FERC’s process for approving pipelines is broken and doesn’t adequately evaluate the true need for additional infrastructure.

“FERC still hasn’t addressed the most basic question hanging over this project: Is it even needed?” Southern Environmental Law Center Senior Attorney Greg Buppert said in a statement. “It’s FERCs responsibility to determine if this pipeline is a public necessity before it allows developers to take private property, clear forests, and carve up mountainsides. Mounting evidence shows that it is not.”

The agency’s commissioners will weigh the environmental impact statement as well as whether the project meets a public need and whether its proposed gas rates are just and reasonable in making that decision, according to FERC spokeswoman Tamara Young-Allen.