Oil Firms That Cheered Regulatory Cuts Are Quaking on NAFTA 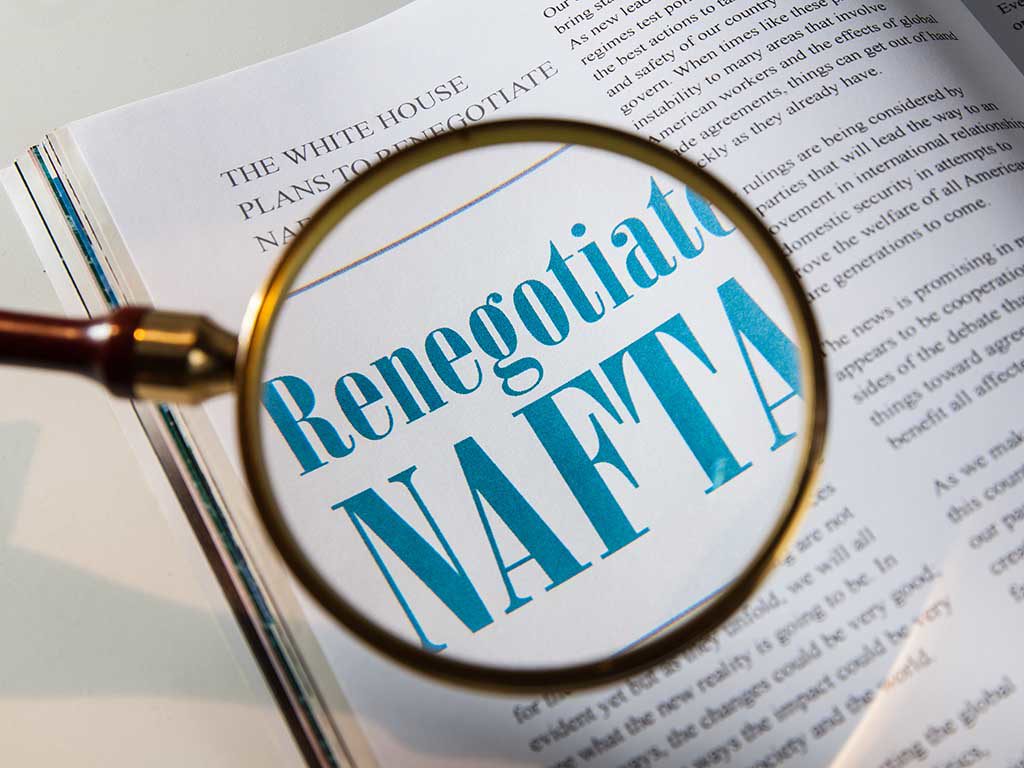 The Trump administration is easing environmental regulations and opening up territory for drilling as part of the president’s bid to unleash the “vast energy wealth” of the US. Yet Donald Trump’s push to rewrite the North American Free Trade Agreement (NAFTA) could have the opposite effect.

As NAFTA negotiations resume, oil industry leaders are desperate to preserve the 23-year-old trade deal that drove a North American oil and gas renaissance and paved the way for $34 billion worth of energy exports to Canada and Mexico last year.

“Any changes that disrupt energy trade across our North American borders, reduce investment protection, or revert to high tariffs and trade barriers that preceded NAFTA could put at risk the tens of millions of jobs,” said the top oil and gas trade groups from the US, Canada, and Mexico in a joint position paper released in August.

Energy companies that sat on the sidelines during other recent trade negotiations are getting more involved on NAFTA—securing formal roles on committees advising the process, unleashing lobbyists to influence it, and outlining their priorities for the administration. Armed with a modest wish list, the industry is mostly in a defensive posture, terrified Trump will torpedo the current deal or weaken existing provisions that allow investors to sue countries over discrimination, seizures, and other injustices.

“We want to make clear in a thoughtful way that there’s really no reason to disrupt the energy component of NAFTA,” American Petroleum Institute President Jack Gerard said in an interview. “Over time, this has really evolved to a very efficient marketplace in North America with Canada, Mexico, and the United States. It’s a mature system that’s well in place, and they’re just no reasons to disrupt it.”