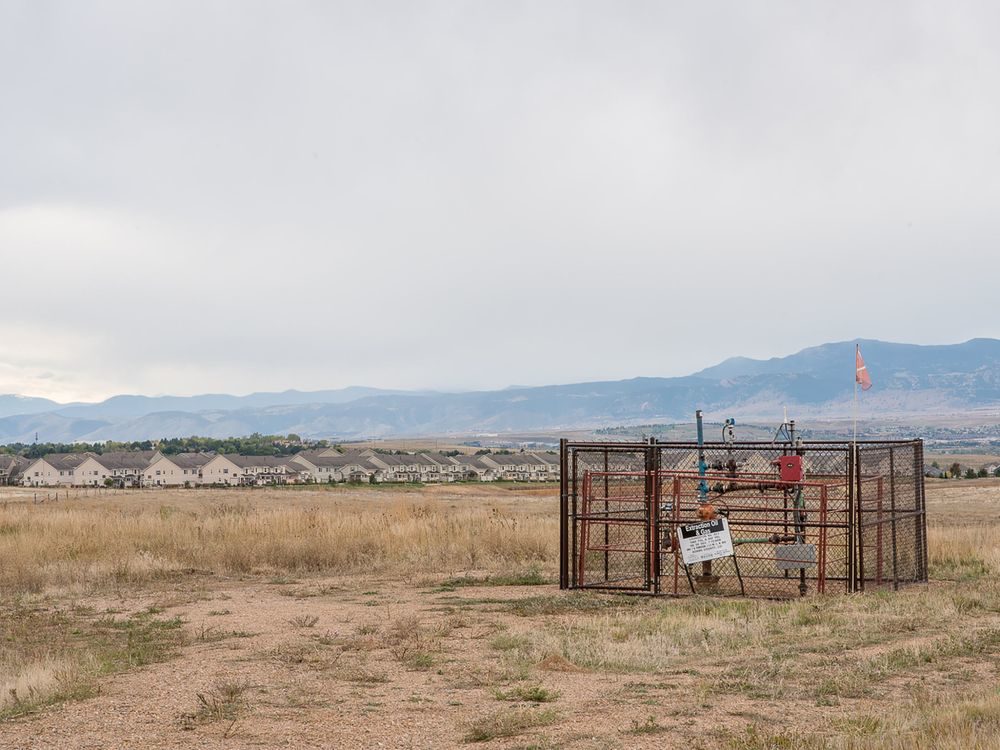 When Bill Young peers out the window of his $700,000 home in Broomfield, Colorado, he drinks in a panoramic view of the Rocky Mountains. Starting next year, he may also glimpse one of the 99 drilling rigs that Extraction Oil and Gas wants to use to get at the oil beneath his home.

There’s little that Young and his neighbors can do about the horizontal drilling. Residents of the Wildgrass neighborhood own their patches of paradise, but they don’t control what’s under them. An obscure Colorado law allows whole neighborhoods to be forced into leasing the minerals beneath their properties as long as one person in the area consents. The practice, called forced pooling, has been instrumental in developing oil and gas resources in Denver’s rapidly growing suburbs. It’s law in other states, too, but Colorado’s is the most favorable to drilling.

Now hydraulic fracturing is coming to an upscale suburb, and the prospect of the Wildgrass homeowners being made by state law to do something they don’t want to do has turned many of them into lawyered-up resisters. “It floors me that a private entity could take my property,” said Young, an information security director.

Many states require 51% of owners in a drilling area to consent before the others have to join. Pennsylvania doesn’t allow forced pooling at all in the Marcellus, one of the most prolific shale gas regions in the country. Texas, the center of the nation’s oil production, has strict limits on the practice. Despite its founding cowboy ethos of rugged individualism, Colorado has one of the lowest thresholds.

“There’s a tension in oil and gas law between allowing private property owners to develop their mineral estates on their own and the state’s desire to ensure that ultimate recovery of oil and gas is maximized,” said Bret Wells, a law professor at the University of Houston.

The rise of horizontal drilling and hydraulic fracturing over the past decade has ushered in a modest oil boom on Colorado’s Front Range by enabling companies to wring crude more cheaply from the stubborn shale that runs beneath Denver’s northern suburbs. From 2010 to 2015, Colorado’s crude output almost quadrupled. This year the state is pumping more than 300,000 B/D, most of it from the Wattenberg oil field beneath Wildgrass and beyond.