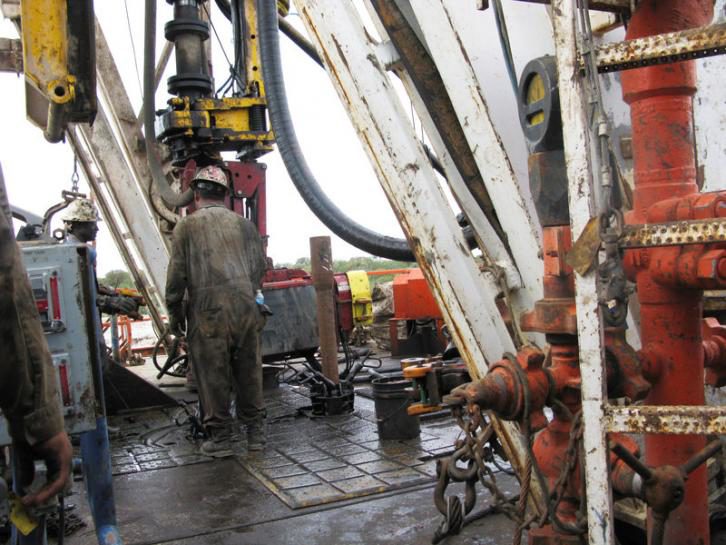 Credit: Terry Wade/ Reuters File Photo.
Workers hired by US oil and gas company Apache drill a horizontal well in the Wolfcamp Shale in west Texas’ Permian Basin near the town of Mertzon, Texas, on 29 October 2013.

Huge volumes of dirty water produced by US shale firms are driving up investment in water-handling specialists, as cash-conscious oil and gas companies try to trim costs.

For every barrel of crude, drillers generate up to 6 bbl of brackish water containing chemicals used to release oil and gas from shale rock. The water is trucked or piped to disposal wells or recycled.

Transporting and disposing of water is costly for energy producers who are cash-strapped after more than 2 years of slumping oil prices, and some are opting to sell pipelines and wells to wastewater companies and then pay them to manage water.

Water-handling companies benefit from economies of scale, but convincing energy chief executive officers to release water operations that they traditionally managed in-house is challenging, as new players build up their expertise.

In the Permian Basin, the country's largest oilfield, the 2.5 million bbl of oil produced daily generates about 15 million BWPD.