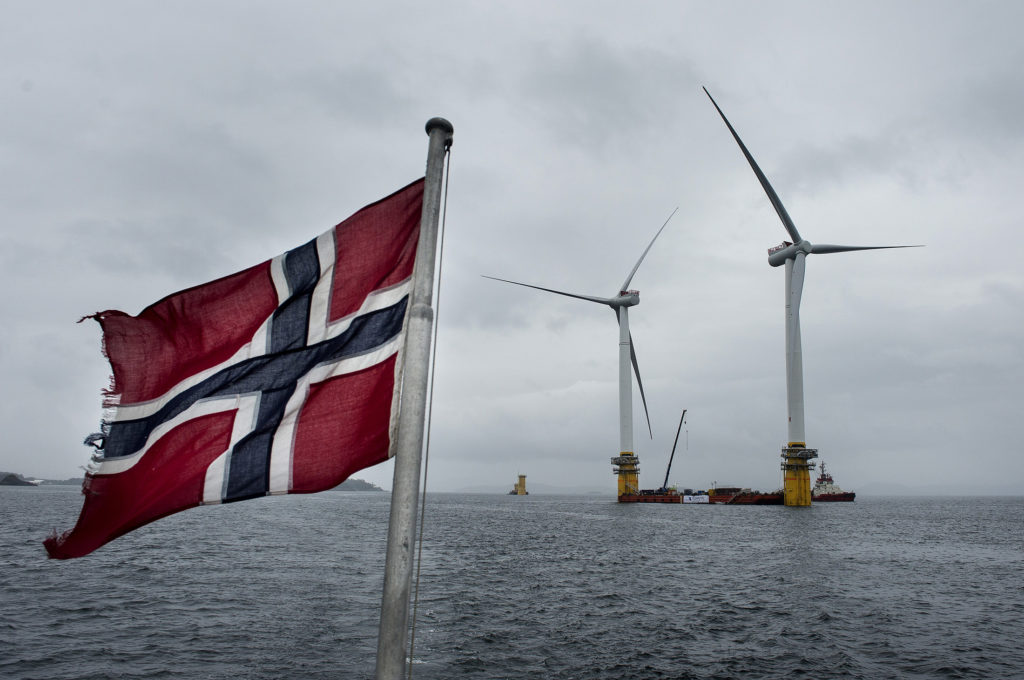 Credit: Carina Johansen/Bloomberg.
A Norwegian flag flies from a boat near the assembly site of offshore floating wind turbines in Norway.

What is 47 billion bbl in oil and gas really worth in an age where renewable sources are increasingly filling the world’s energy needs?

That’s what Norway, western Europe’s biggest oil and gas producer, is asking itself as it prepares to take a hard look at the risks climate change poses to its economy and its petroleum resources even as it moves exploration and production farther into the Arctic.

After being re-elected last month, the Conservative-led government is now setting up a commission to study climate-related risks, ranging from physical threats to the effects of changes in energy consumption on the value of its oil and gas resources, Climate and Environment Minister Vidar Helgesen said.

Martin Skancke, an economist and former Finance Ministry top bureaucrat, will lead the seven-member commission composed of academics, which will present its conclusions by 14 December 2018, the Finance Ministry said in a statement on 6 October.

“We’re seeing both accelerating climate change that can lead to large costs as a consequence of infrastructure destruction and accelerating technology changes, especially in energy and transportation,” Helgesen said in a phone interview on 5 October. “That’s coming very fast, and that has an impact on the value of fossil resources over time.”