Judge Will Not Shut Down Dakota Access Pipeline During New Review 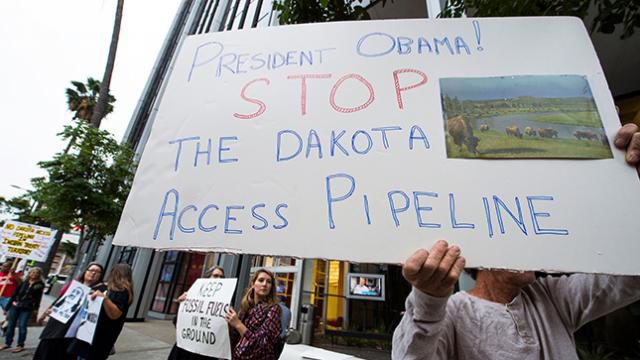 The Dakota Access pipeline can continue operating during a new federal review of the project’s environmental impact, a federal judge ruled on 11 October.

US District Judge James Boasberg said he would not vacate a previous permit while federal regulators conduct a new environmental review into the 1,170-mile pipeline.

Boasberg in June ruled that the Army Corps of Engineers’ review of the project was inadequate before it granted the permits necessary to build the pipeline, which transports oil near Native American reservations in North Dakota on its way to Illinois.

But in a 28-page ruling issued on 11 October, he said the deficiencies in that review “are not fundamental or incurable flaws” and that the corps has such a “significant possibility of justifying its prior determinations” that the pipeline can continue operating.

Boasberg ruled that the government’s review “cannot be reduced to a bureaucratic formality" and suggested he will reconsider “whether [regulators] have in fact fulfilled their statutory obligations” should legal challenges arise after the review is complete.

“The dispute over the Dakota Access Pipeline has now taken nearly as many twists and turns as the 1,200-mile pipeline itself,” he wrote.