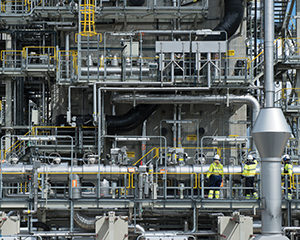 Forty years since Norway first exported gas to international markets (September 1977, via Norpipe), the country has an ambitious goal. While continuing to export natural gas, it wants to create a “value chain” to capture and emit CO2, potentially even importing the substance from others to store it in vast offshore aquifers. This way, Norway exports its fossil fuel, while taking other’s emissions out of the atmosphere.

In May 2017, there were seven large-scale projects operational, with a combined capacity of 31 MTPA: a further five, with 9 MTPA capacity in total, were under construction, while more than 100 small-scale plants were operating, according to Norway’s state-owned CCS firm Gassnova. The latest project launched was Petra Nova in North America, a retrofit, post-combustion, 1.4 MPTA CO2 storage project at a coal-fired power plant in Texas, with the CO2 used for a nearby enhanced oil recovery project.

Most of the projects are onshore. There are only two projects in Europe, both offshore and both in Norway: Statoil’s Sleipner and Snøhvit projects. Sleipner was also the world’s first CO2 storage project. Since 1996, about 15 million tonnes of CO2 captured from natural gas from Statoil’s Sleipner West field has been stored (and monitored with 4D seismic) in a sandstone reservoir, 1000 m below the seabed. Since 2008, CO2 removed from the Snøhvit and Albatros fields at the Hammerfest liquefied natural gas plant has been compressed then transported back to the reservoir and stored in aquifer zones.