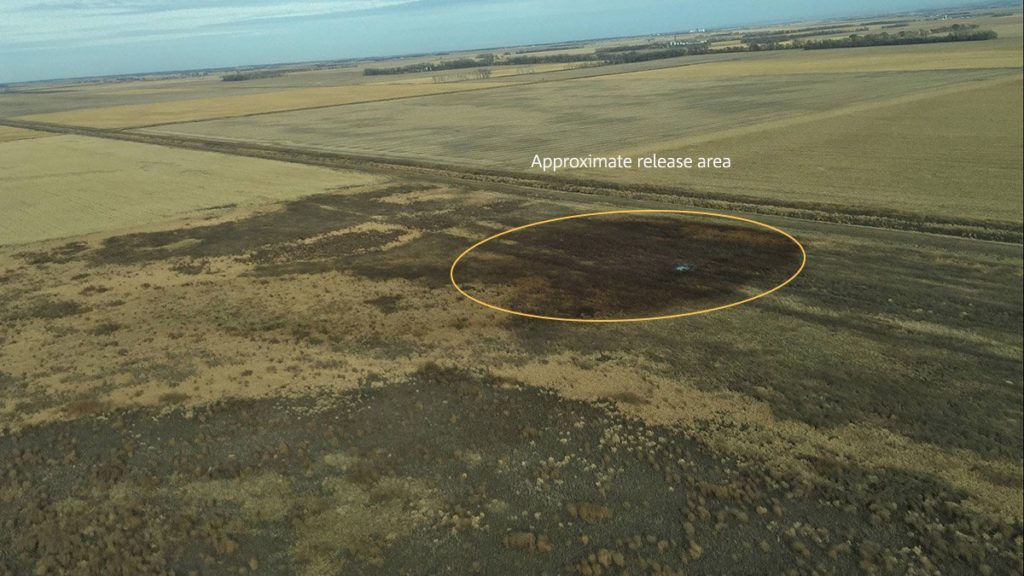 Image courtesy of TransCanada.
Image of Amherst incident taken 16 November by aerial patrol as part of the initial response.

State officials and pipeline operator TransCanada disclosed the leak on 16 November, and the company shut down the pipeline.

TransCanada said it activated emergency response procedures after detecting a drop in pressure resulting from the leak south of a pump station in Marshall County. The cause was being investigated.

Discovery of the leak comes just days before Nebraska regulators are scheduled to announce their decision on 20 November whether to approve the proposed Keystone XL oil pipeline, an expansion that would boost the amount of oil TransCanada is now shipping through the existing line, which is known simply as Keystone. The expansion has faced fierce opposition from environmental groups, American Indian tribes, and some landowners.

Brian Walsh, an environmental scientist manager at the South Dakota Department of Environment and Natural Resources, said the state has sent a staff member to the site of the leak in a rural area near the border with North Dakota approximately 250 miles west of Minneapolis.

“Ultimately, the cleanup responsibility lies with TransCanada, and they’ll have to clean it up in compliance with our state regulations,” Walsh said.